This large vessel is wheel-thrown and raku-fired. Its partially closed form features a slash detail and blue accents. 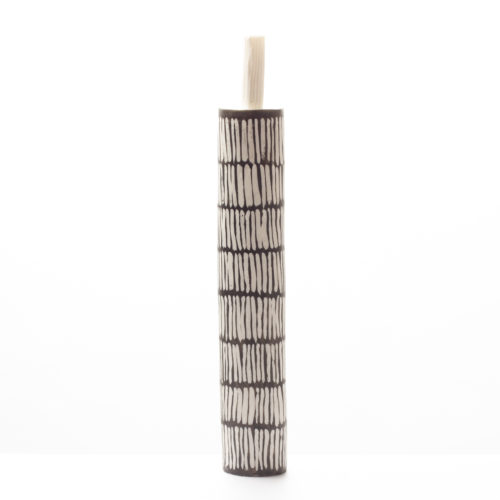 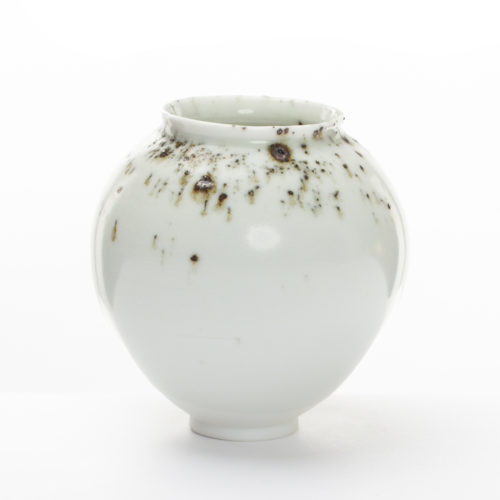 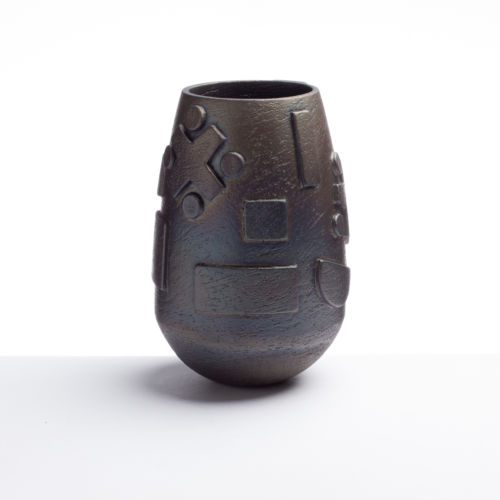 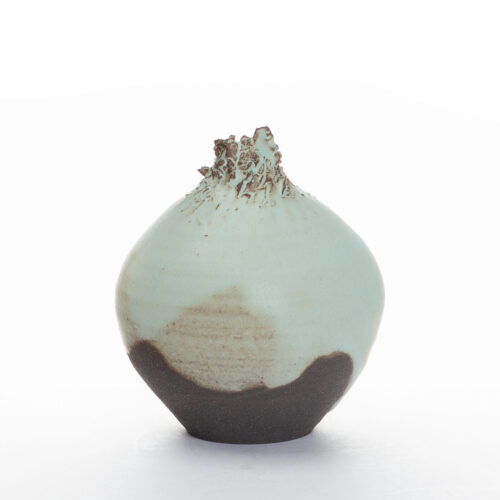 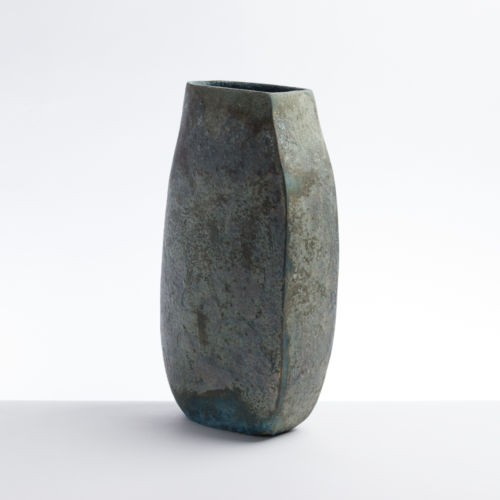 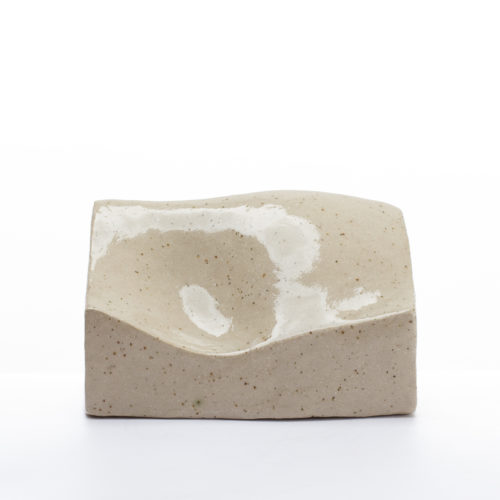 Two men and an urn 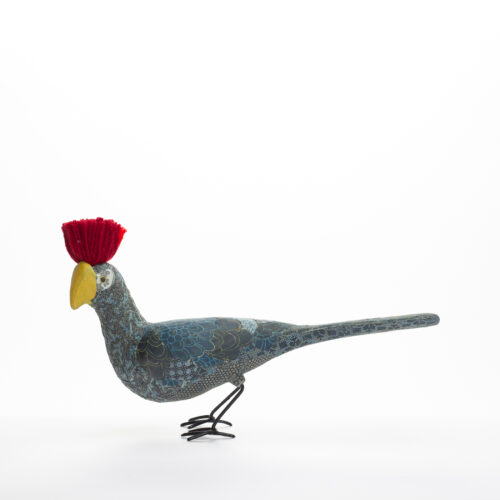