This large vessel is wheel-thrown and raku-fired. It has a striking blue interior. 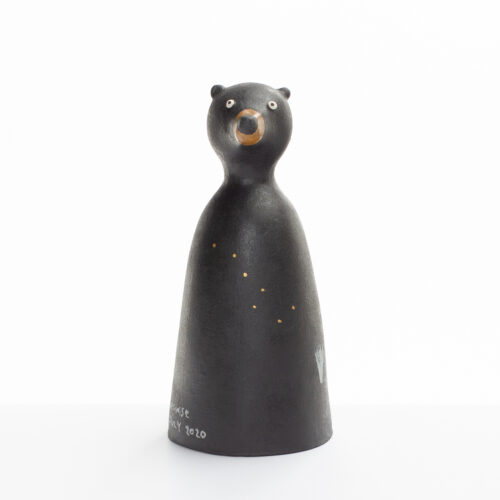 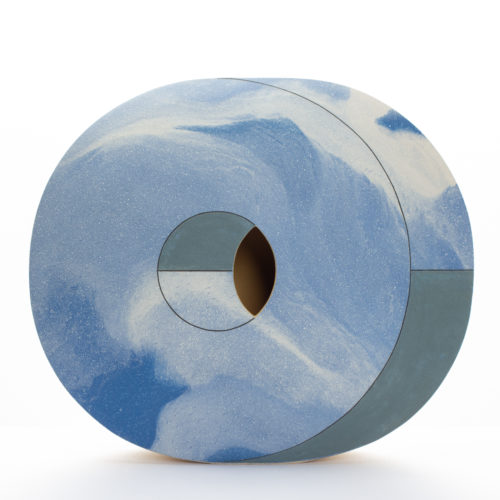 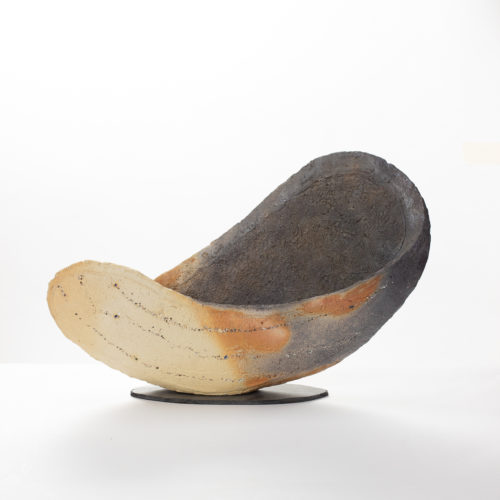 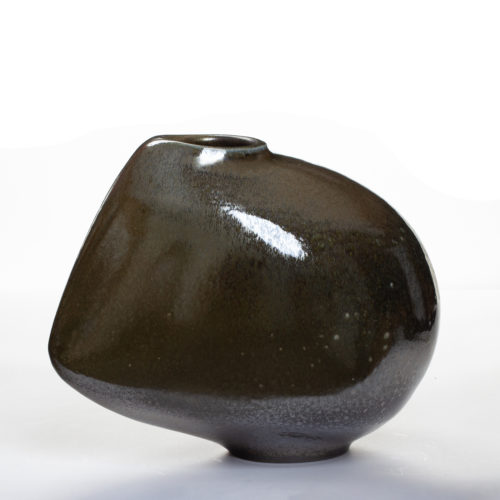 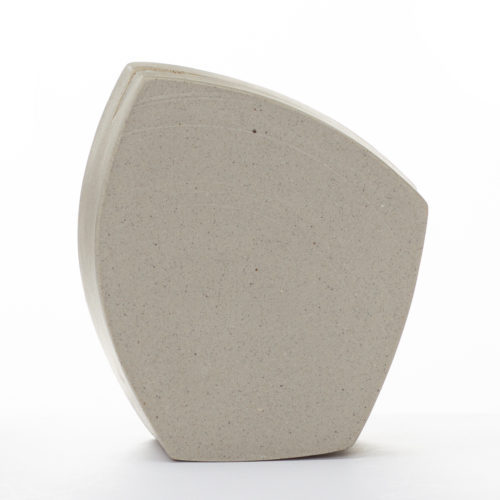 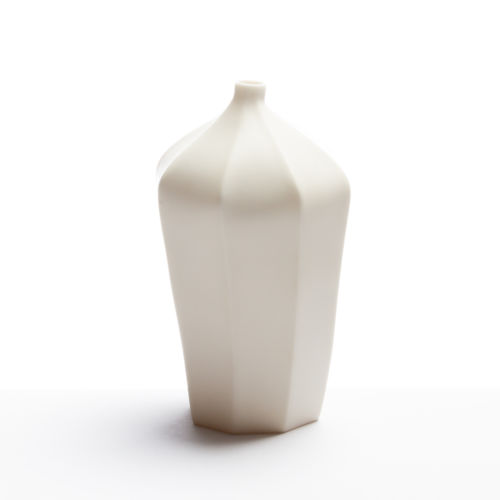 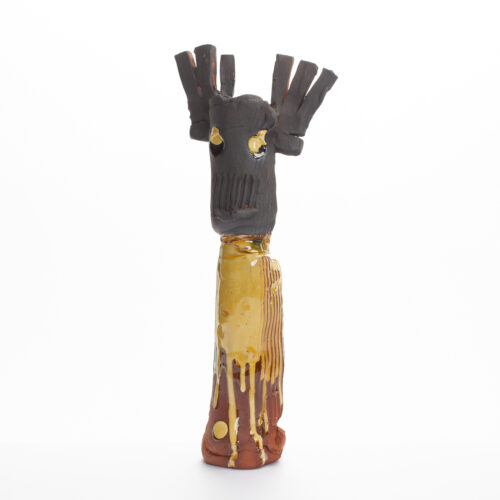 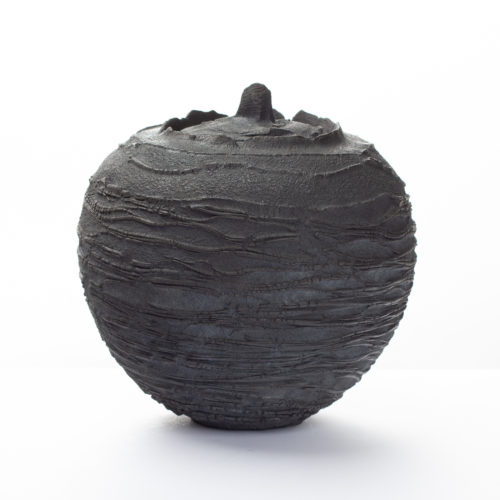