This striking bowl is hand-built with an applied pattern and textured interior inspired by the geometric and rhythmic patterns of the textiles of Central Africa. The textured, metallic, dark form has iridescent flashes caused by raku firing. 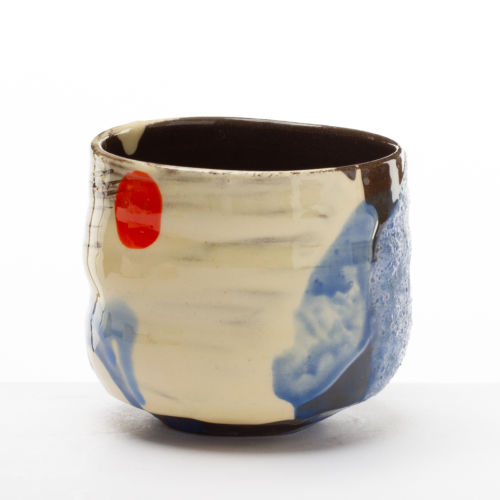 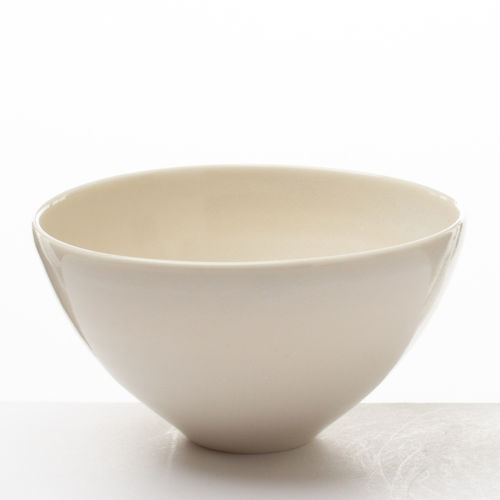 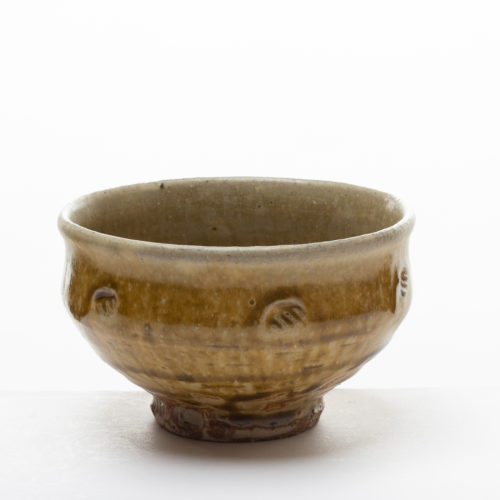 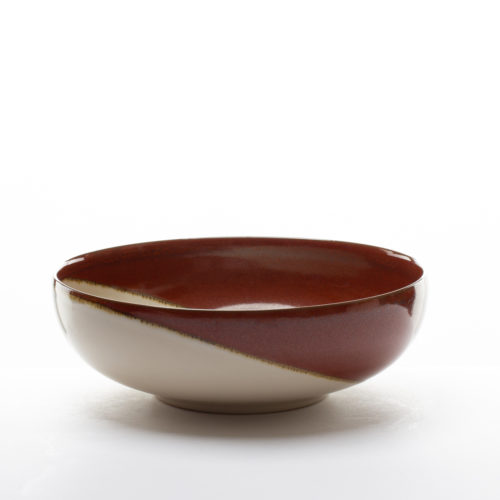 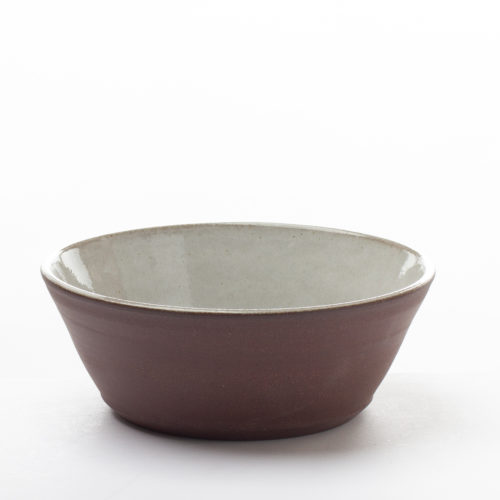 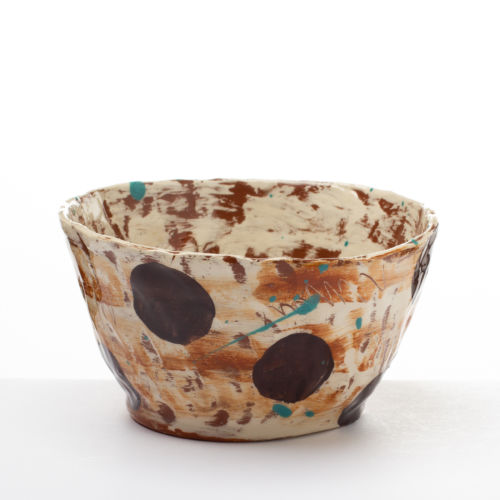 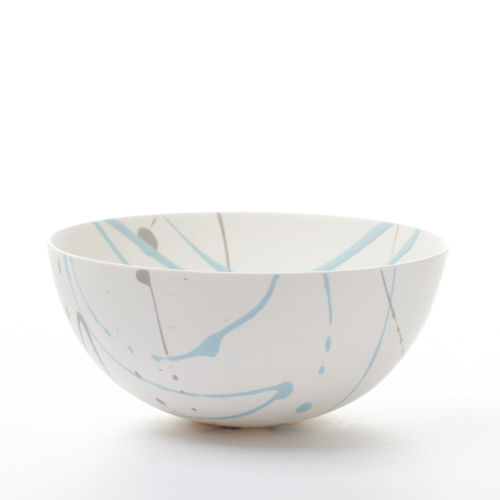 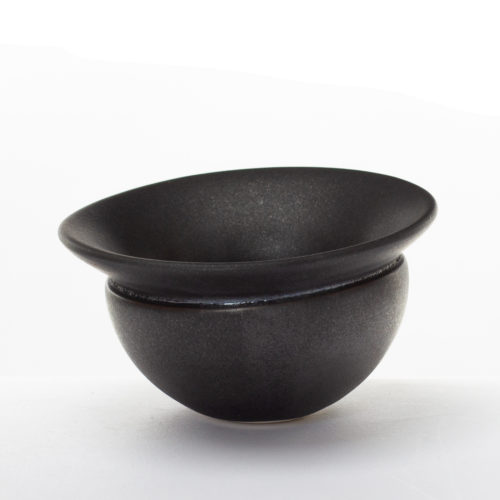