This earthenware large square dish is press-moulded and boldly decorated with fluid slip-trailing, combing and sgraffito. It is glazed and wood-fired. 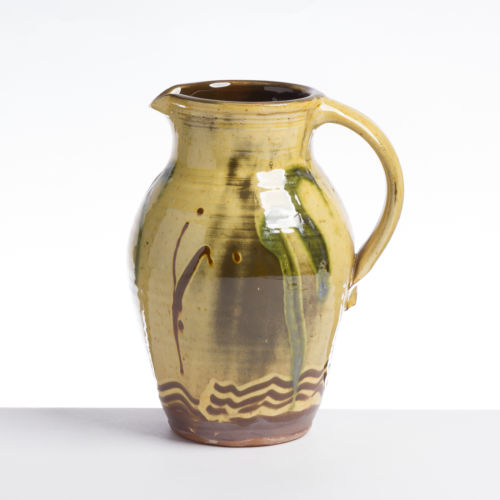 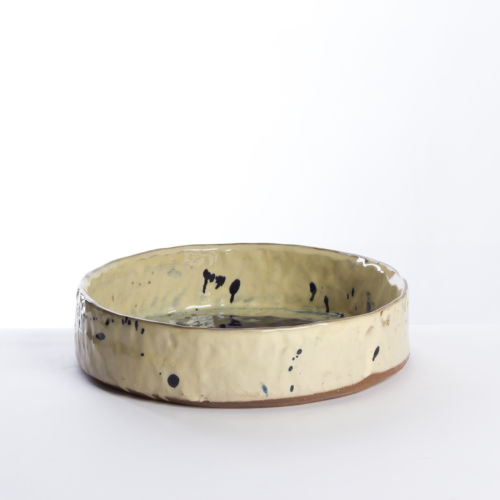 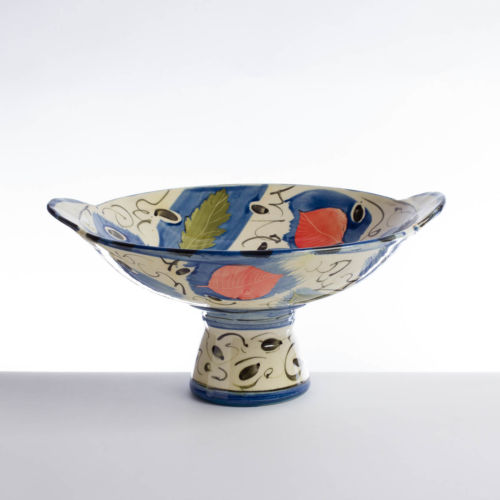 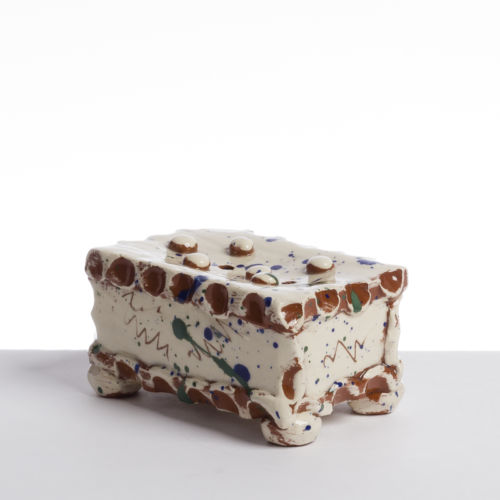 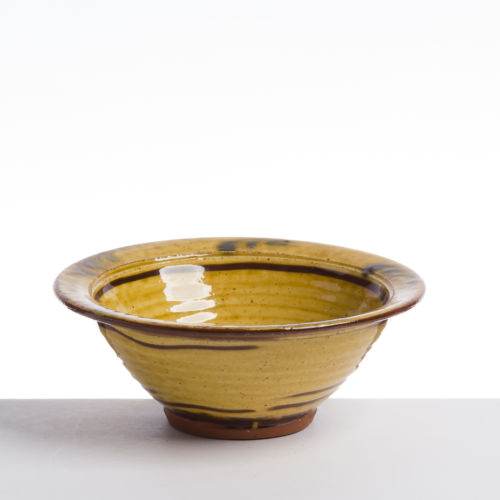 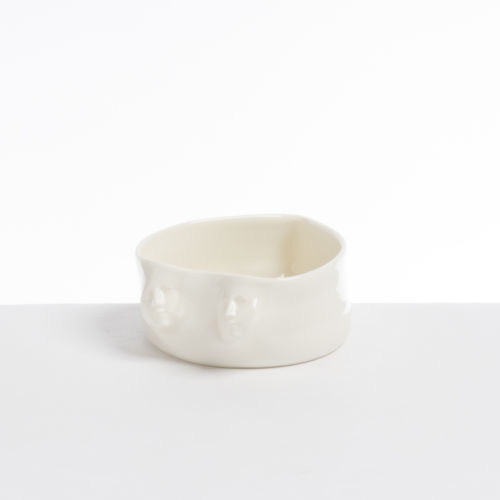 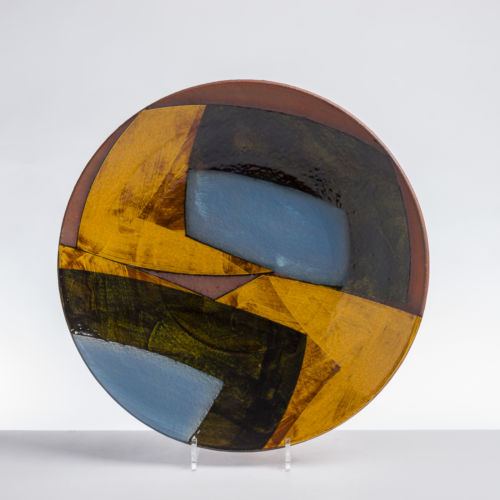 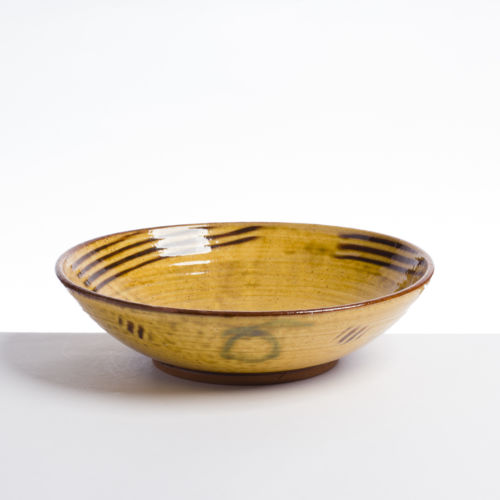