This slab-built earthenware vase is unusually both smoke-fired, yet able to hold water. This is achieved with a combination of strong brush strokes and finely sprayed slip, finished by smoke firing the high fired surface. 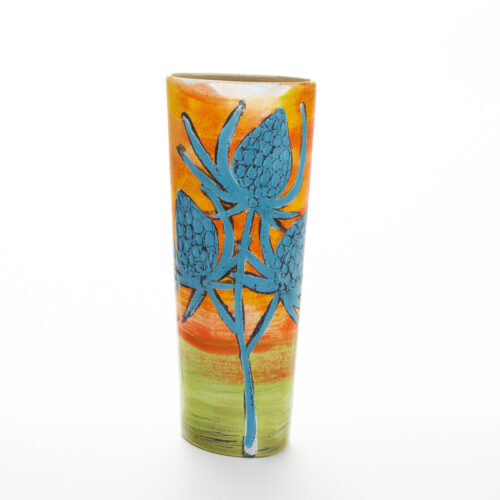 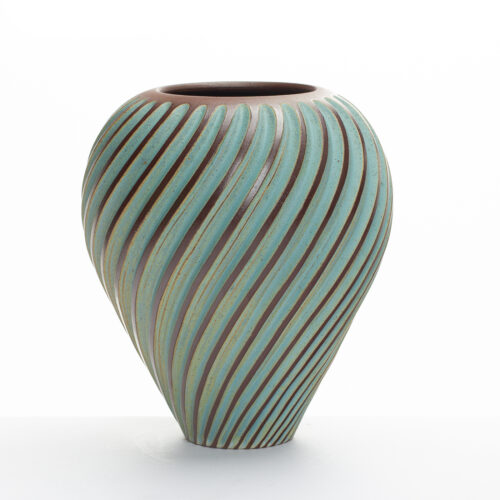 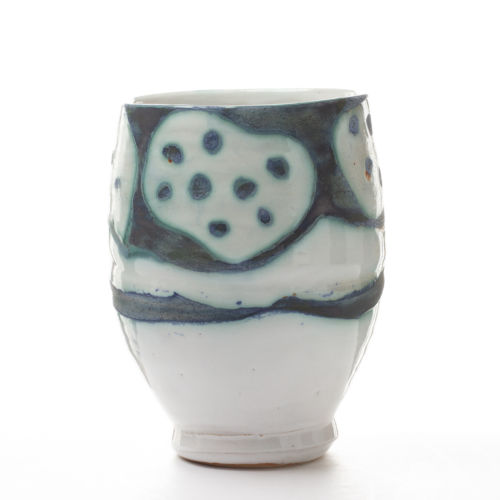 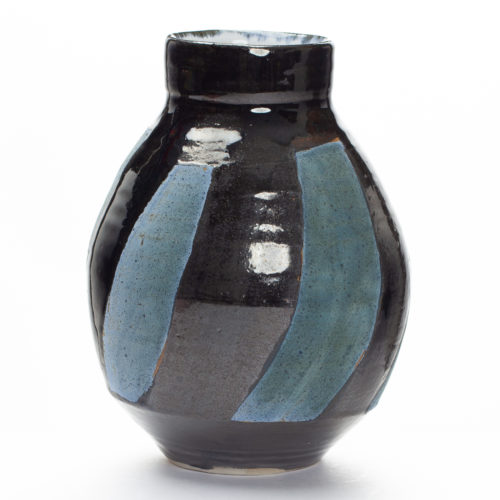 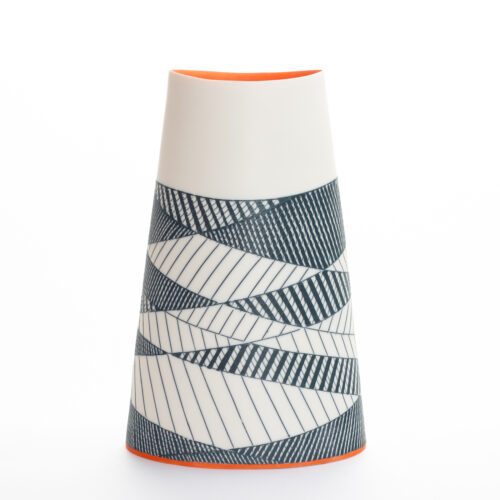 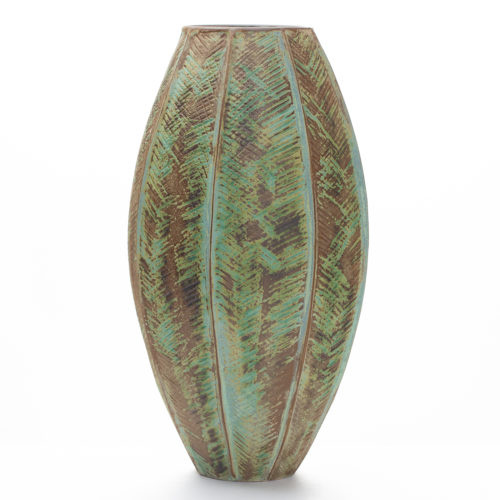 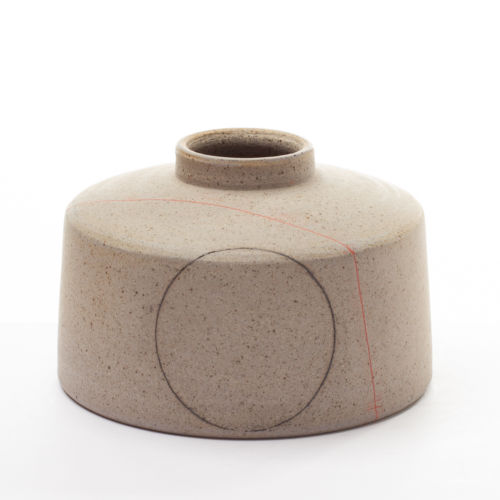 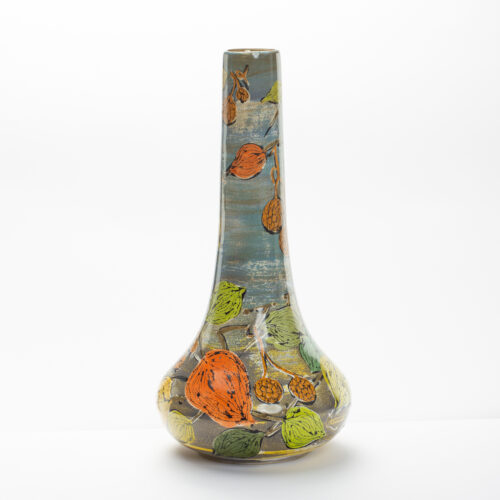