This vase is wheel-thrown in porcelain.  The piece retains the softness of fresh porcelain and is decorated with trailed porcelain slip. Patia uses apple, chestnut or yew tree ash and high fires in a reduction atmosphere which creates a radiant, crackled glaze which pools beautifully in the recesses. 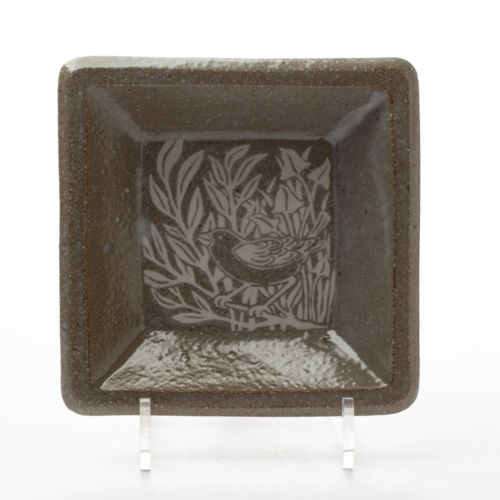 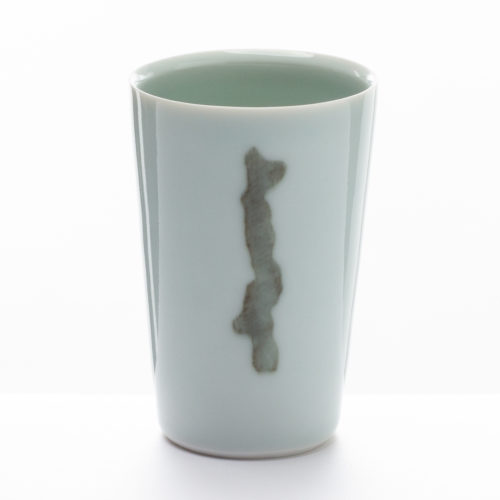 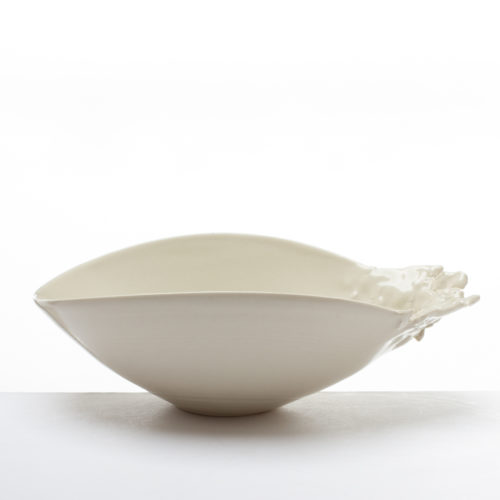 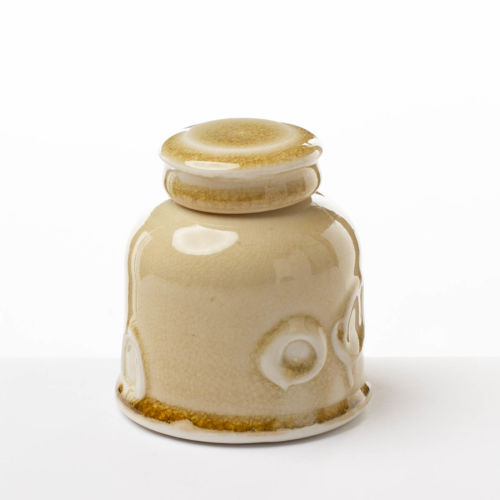 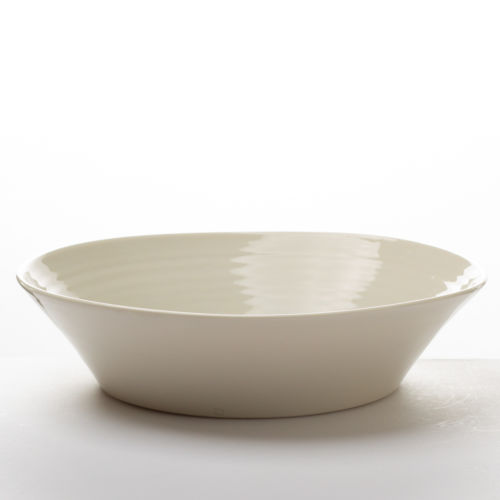 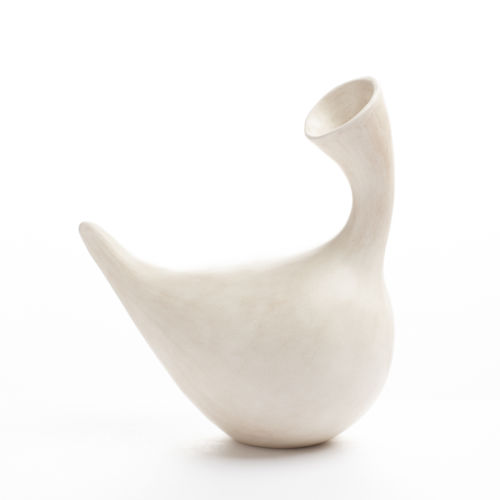 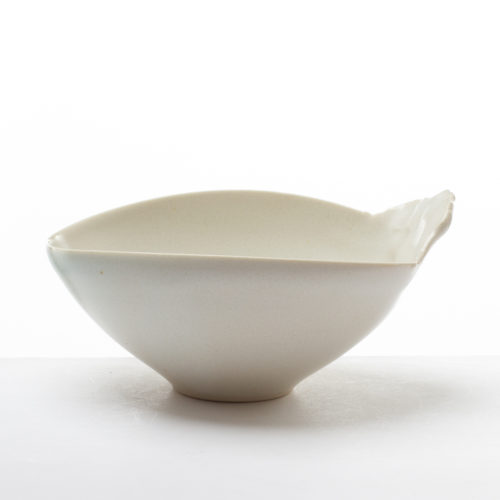 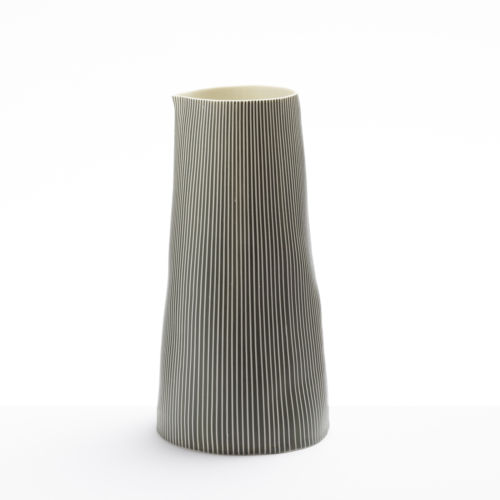