This sculpture is wheel-thrown and raku-fired. The form features ribbed and slash detail, and the plinth is made of a coarsely grogged red clay. 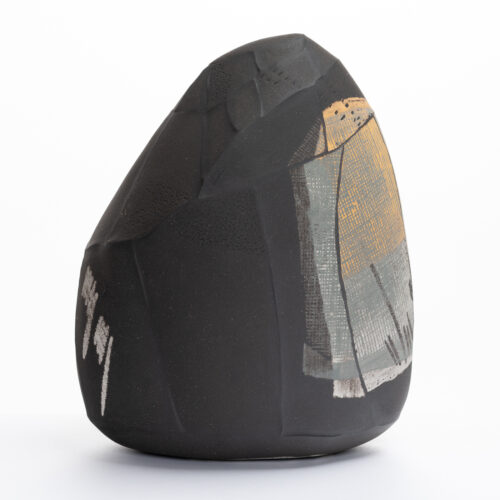 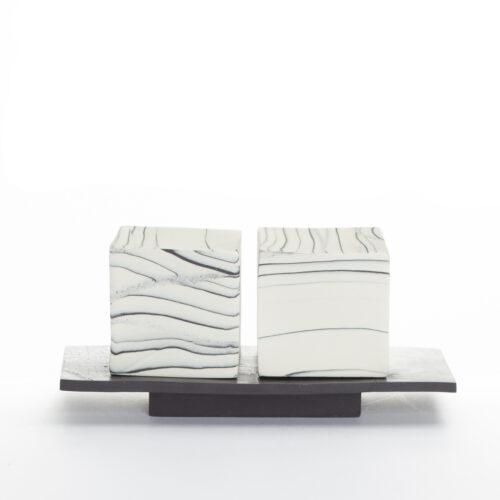 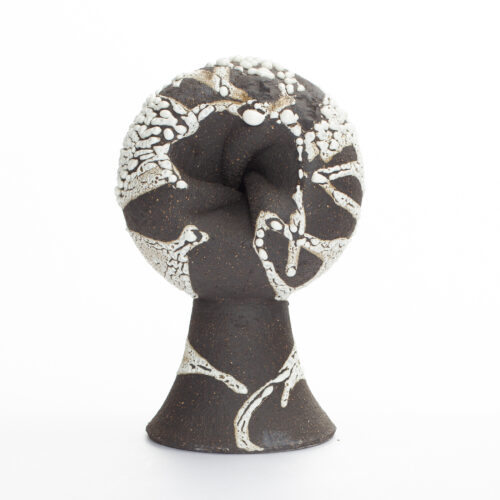 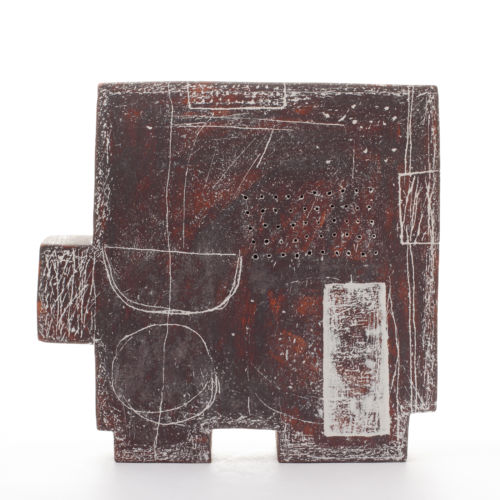 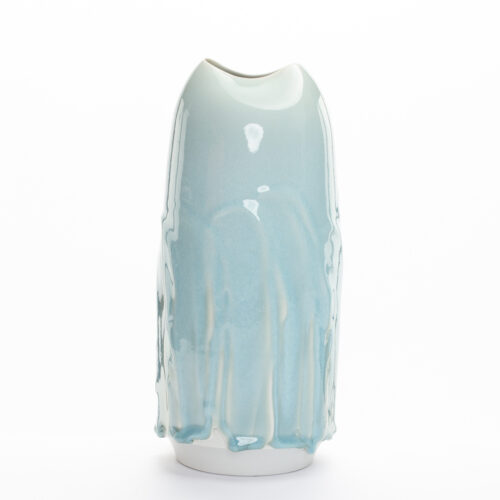 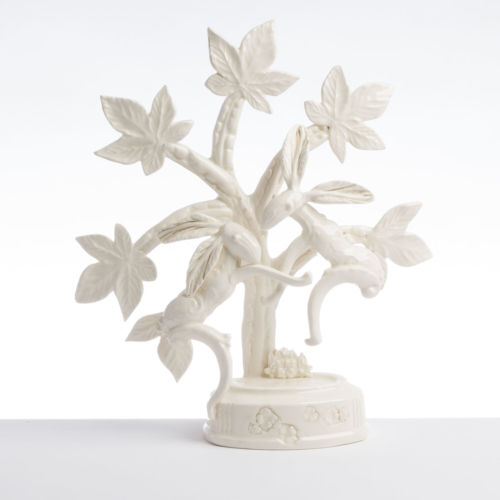 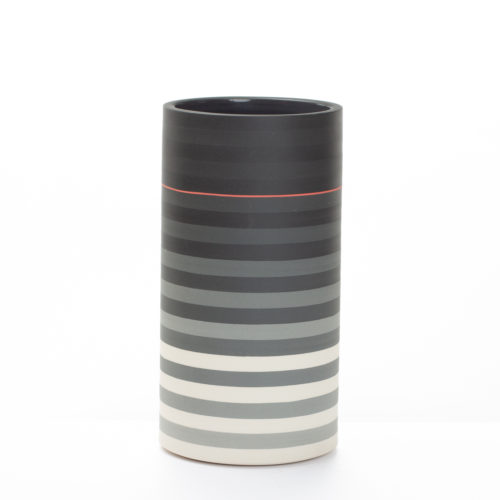 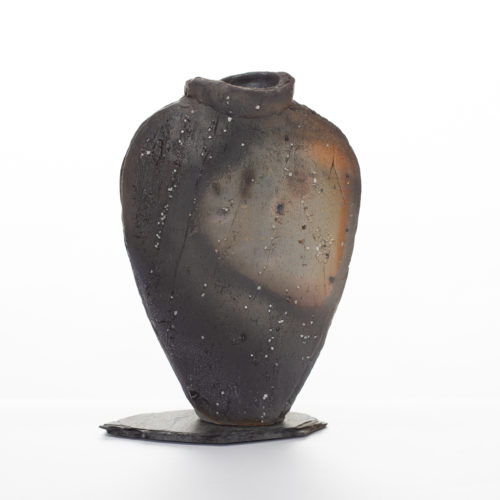