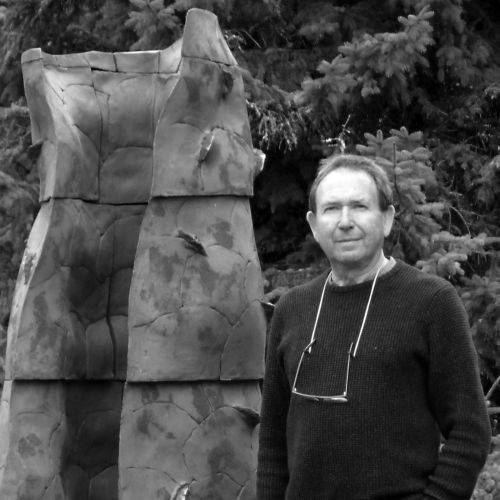 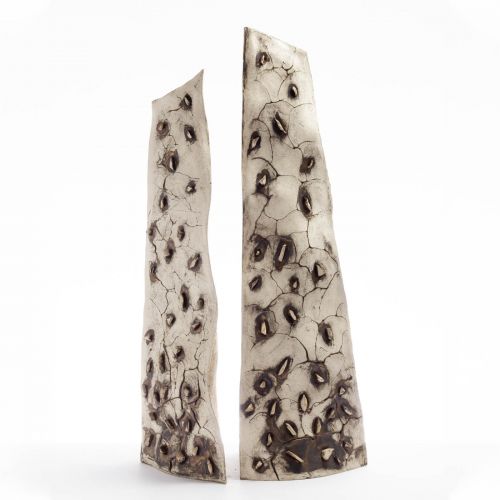 Chris trained in stage design at the National Institute of Dramatic Art, Sydney, and after settling in the UK, built a successful career in the theatre, designing, writing and directing. In 1983, he moved to Devon and it was here that he fell in love with clay. His first studio was one that he and his partner built in their back-garden and he began to produce thrown tableware on a homemade Leach wheel.

Throughout the 1980s and 90s Chris produced colourful, thrown and hand-built tableware. In 1997, he was elected a Fellow of the Craft Potters Association, but an offer to become Artistic Director of a new theatre company in Newcastle upon Tyne in 2000 took him away from clay for an extended period.

Wanting to return to clay, but with a different focus, Chris began a part-time MA in Ceramic Design at Bath School of Art and Design, graduating in 2018. During his MA he began developing his current sculptural work. Since graduating, he has made large-scale, outdoor, ceramic sculptures fired in a brickworks outside Bristol, and smaller, mostly abstract, pieces for galleries. He now works in brick clay for large-scale sculptures and oxidation fired stoneware for smaller works.