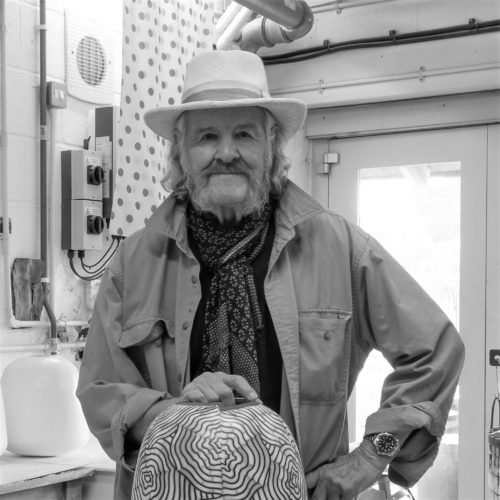 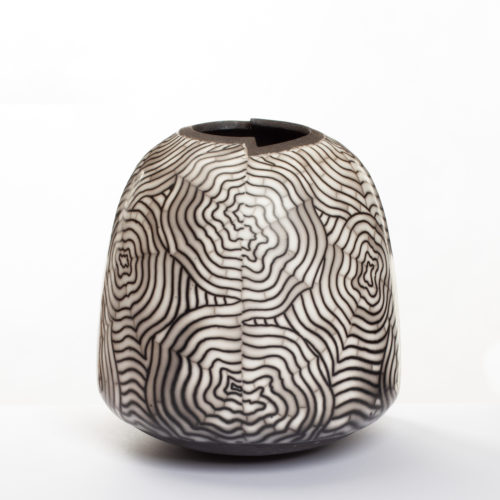 David had no artistic or ceramic history in his family, nor did he formally study ceramics. He discovered ceramics by accident as an element in his teaching degree whilst at Bretton Hall in the late 1960s. Similarly, his work in raku was appropriately the result of a serendipitous encounter with an American raku potter in the mid-1970s. David states that due to persistence, natural talent and support from colleagues, friends, and family, especially his wife Jan, over the past 40 years he has established himself as a leading international practitioner in raku ceramics.

He has exhibited and presented workshops throughout the UK, Europe and USA introducing his processes and work to people worldwide. In the mid-70s, using modern kiln materials, he pioneered large scale raku in the UK. During the 1980s and early 1990s he was one of a handful of international potters who invented and developed the ‘painting with smoke’ (naked raku) process extending the repertoire of contemporary raku ceramics.

Current work reflects an interest in post war abstract painting and an engagement with the dynamic rhythms of landscape and its interaction with water and erosion. David’s ceramics are represented in international public and private collections. He is an Honorary Fellow of the Craft Potters Association.