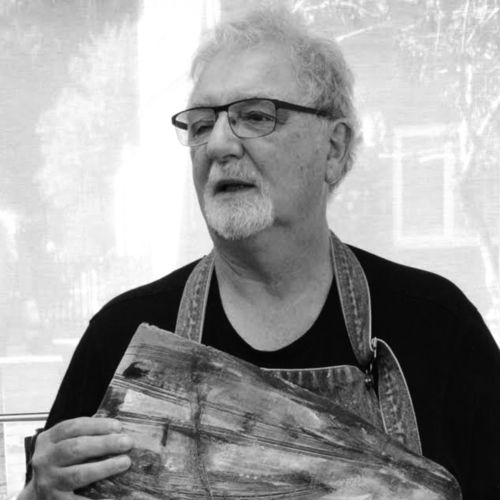 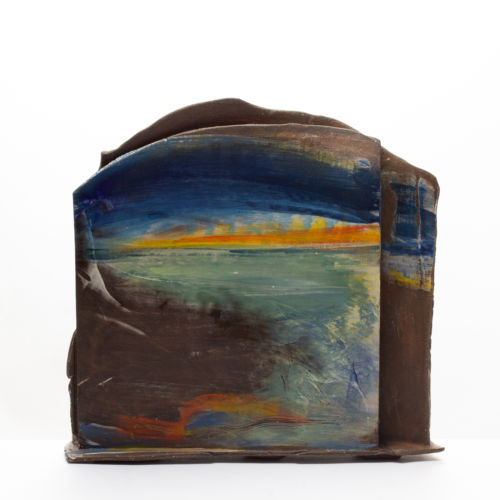 Born in Liverpool in 1949, Dennis attended St Helens School of Art and Wolverhampton Polytechnic gaining a Diploma in Art & Design, Ceramics in 1971.

He set up studios in Lancashire and West Yorkshire before moving to Shropshire in 1991 to take up a lecturing post at the University of Wolverhampton and has been a guest lecturer/demonstrator for colleges and ceramics groups across the UK.

His current work is mainly landscape influenced and fired to 1120 degrees centigrade, using a blended black and terracotta body overpainted with engobes and lightly brushed with transparent glaze. Recent works have been influenced by coastal landscapes around the UK.

Information is gathered working outdoors before being developed further in the studio in two and three dimensions. Working in this way allows an interaction of ideas between the different media.

The passage of time and change observed in urban and rural landscapes has always been central to the themes Dennis explores in his work. The process of archaeology and its concern with time and layers has also greatly influenced the way in which he expresses his ideas. Architectural fragments, marks on the landscape, multi-layered and over painted surfaces, have all influenced the way he works in clay. 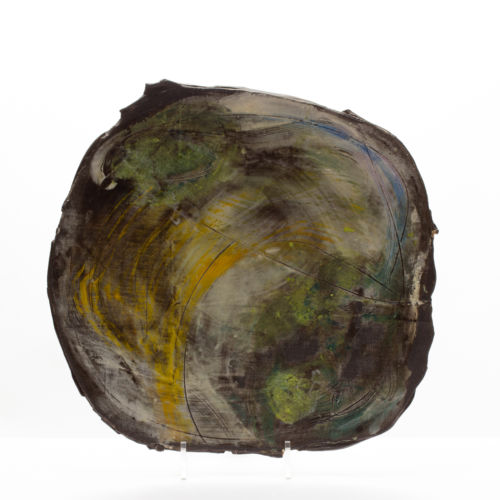 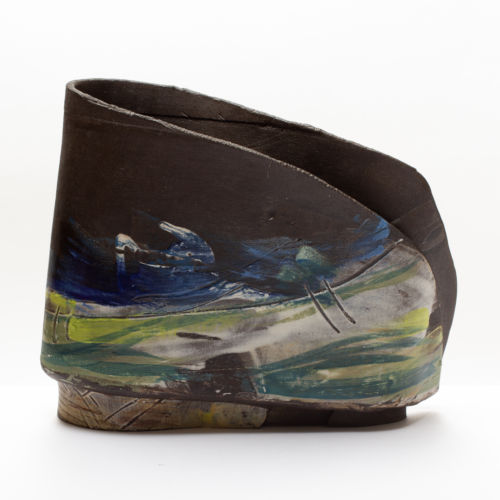 Dennis Farrell
being in the landscape
£375.00