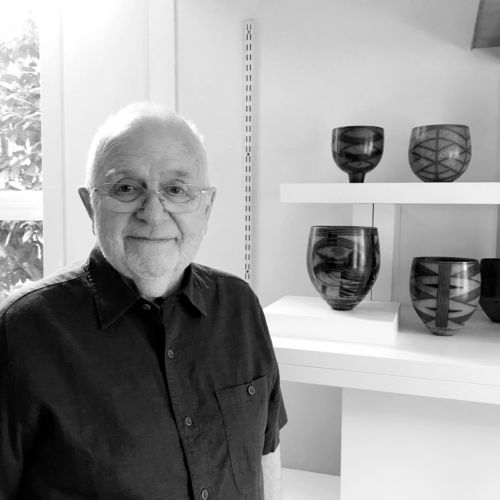 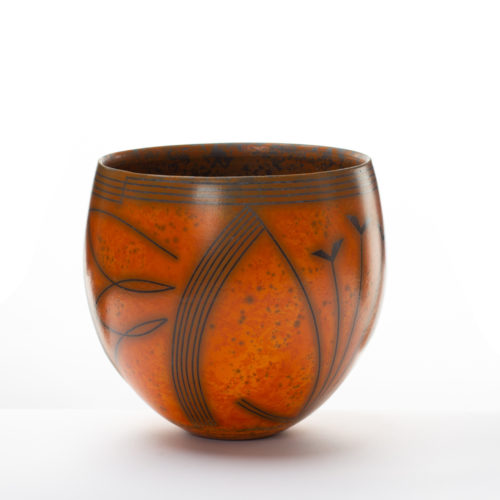 Duncan Ross makes thrown and burnished vessels using many layers of fine terra-sigillata slip with resist and inlay decoration. His work is represented in many public and private collections around the world, notably the V & A and Fitzwilliam Museums in the UK, the American Museum of Ceramic Art in Pomona, California and the Mint Museum in Charlotte, North Carolina, US.

Trained in the Leach tradition he moved towards more European techniques in the 1980s after rediscovering his student dissertation on Greek vase painting and was a pioneer in reviving the modern use of carbonised terrasigillata. He began working with this technique to develop a rich surface with a combination of form and pattern that would be integral to the clay, experimenting to obtain a feeling of depth, and then developing the carbon process to play its essential and unpredictable part. He is searching for the evolution that comes from themes and variations; allowing the ideas to flow from one group of work to the next, adding and omitting to arrive at a natural relationship of surface to form.

Thus his love of jazz is an influence as is the work of Klee, Miro and the drawings of Ben Nicolson, using line in imagery and pattern. Early in Ross’s career he was a finalist in the Fletcher Challenge Award in New Zealand and has since exhibited widely both in the UK and internationally. The largest private collection of his work is appropriately in Athens, Greece.

“The rich, intriguing surface effects do not, like glaze, separate the making and the firing. These are pots which work on the boundaries of primitivism yet are highly sophisticated, they please because they defy definition, they are pots on the edge, a satisfying and intriguing blend of technical skill and creative vision.” Emmanuel Cooper OBE Ceramicist, writer and critic. 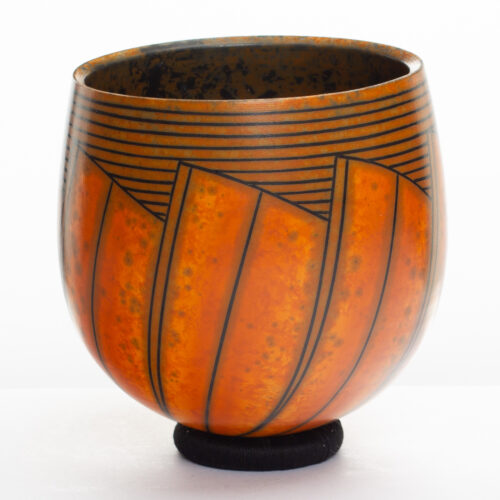 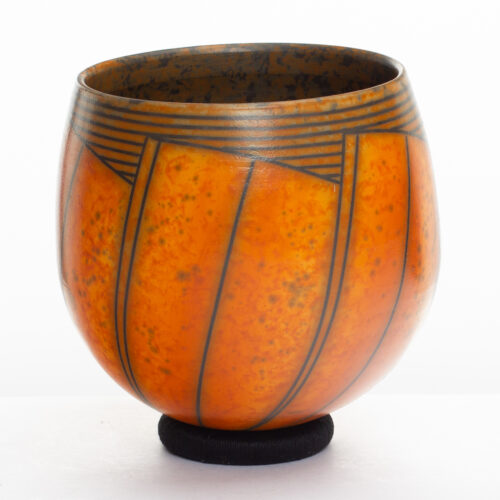 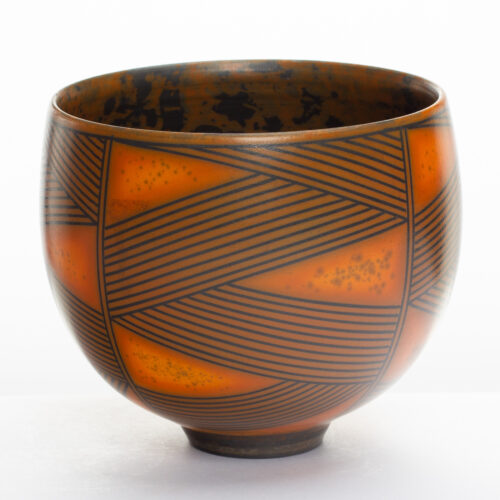 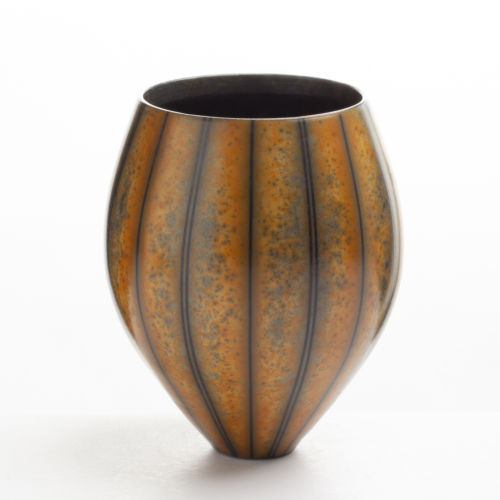 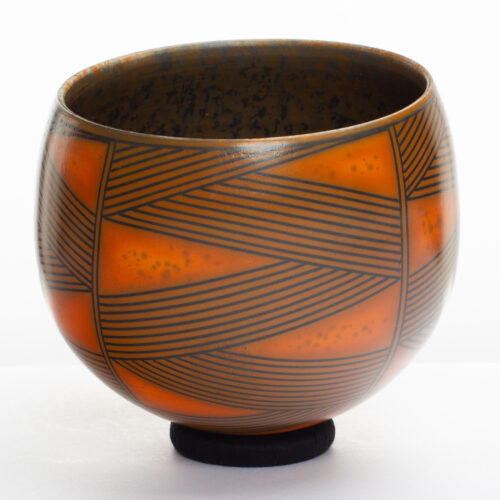