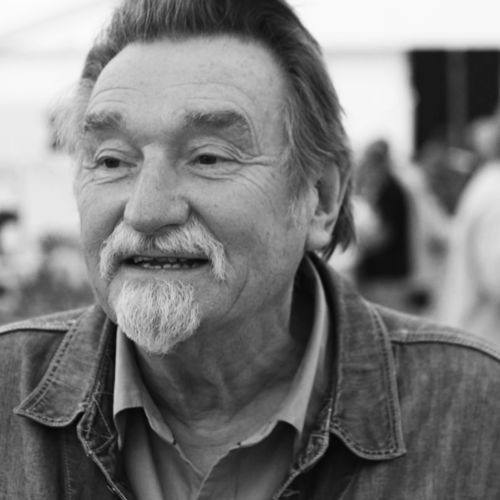 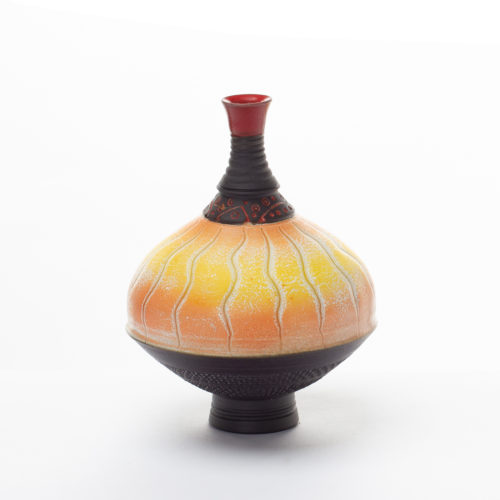 Geoffrey Swindell was born in Stoke-on-Trent. First studying painting, it wasn’t until he took up a summer job at the Pottery at Alton Towers that he decided to follow in the footsteps of his ancestor and become a potter.

Sometimes described as a maker of ‘unidentified objects from a faraway galaxy’ this painter-turned-potter brings his background in creating classic illustrative images and abstract expressions of emotion through colour and texture to his pieces.

Geoffrey’s work has been included in many international exhibitions and publications. Alongside solo shows in London and New York, examples of his pieces are also held in over forty museums and public collections throughout the world, including the Victoria and Albert in London. With an M.A. from the Royal College of Art in 1970, and over 28 years as a lecturer at Cardiff College of Art (now Cardiff Metropolitan University) which he left in 2003.

“When I became a potter I carried the involvement I had with painting surface qualities through to my ceramics, creating objects that are not just simply coated in glaze but have an essential and inseparable relationship of form and surface.” 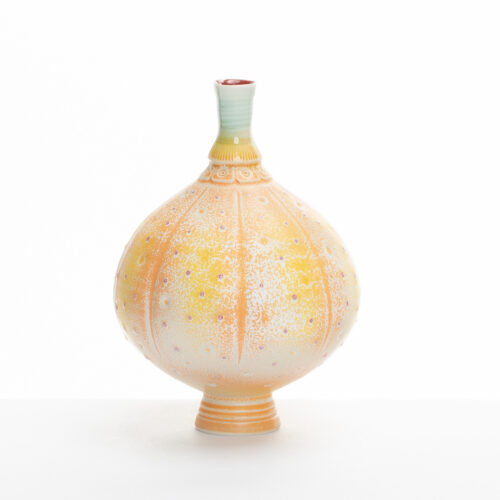 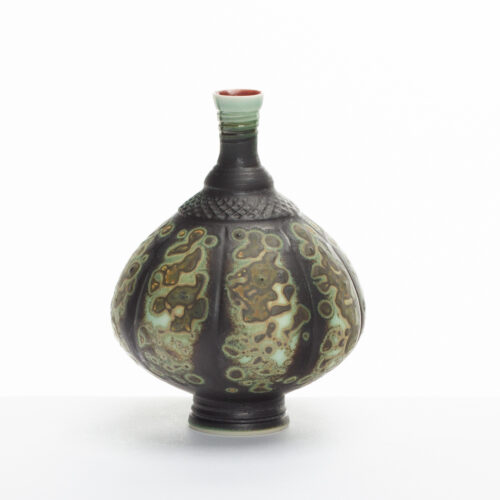 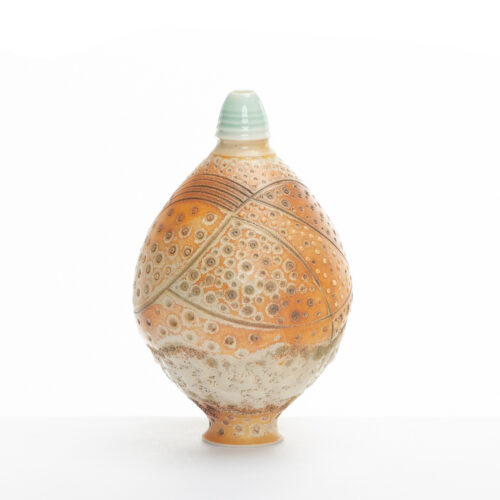 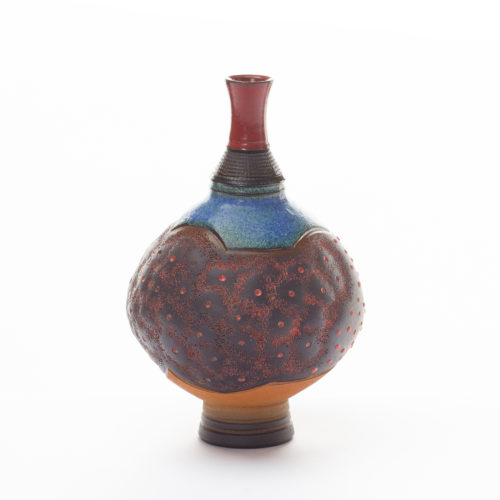 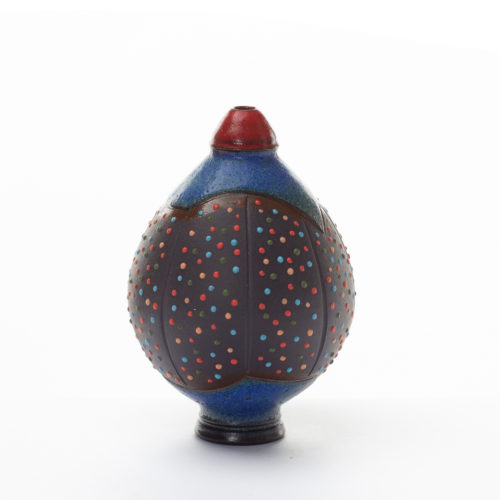