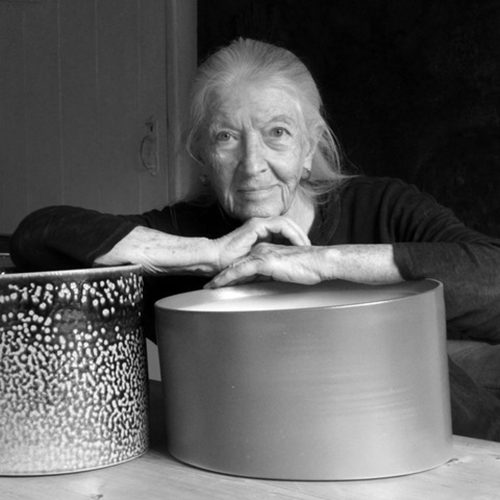 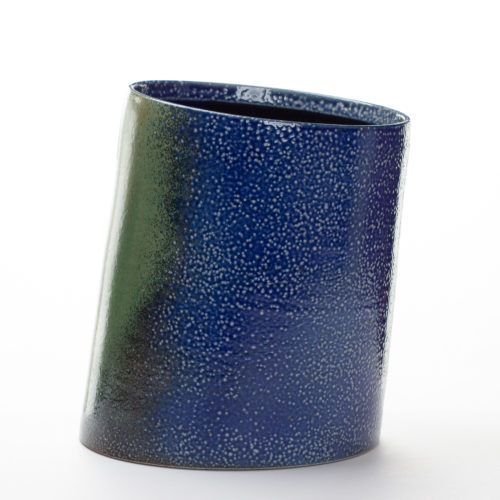 Jane Hamlyn’s life as a full-time professional potter began in 1975. She chose to work in salt-glaze, an unpredictable technique with a short history and undiscovered potential. A challenge to her questioning adventurous mind as, firing after firing she developed her gradually changing oeuvre over the following decades. During the 1980’s and 1990’s Jane developed a range of pots ‘for use and ornament’. Clever, imaginative tableware with intriguing textured handles, impressed patterns, rich distinctive blues, lustrous green and orange-peel surfaces. Jane became a widely travelled influential lecturer and demonstrator, part of an international community of salt-glaze ceramicists and represented by many public collections including the V&A.

In the 2000’s a new kiln nudged Jane in a direction unconfined by function, towards the vessel as a more conceptually ambiguous, autonomous abstract form, culminating in her continuing series of ‘Empty Vessels’. Slanted oval cylinders, contrasting colours and shapes juxtaposed against each other as abstract compositions. She received an MBE for Services to Pottery & Ceramics in the Queen’s Birthday Honours List 2022

“Superb as pieces of sculpture, satisfying in a purely aesthetic sense as one sees these pots individually and in careful groupings, with their varied spatial interactions of shape, their sensitive contrasts and unities of colour. Looking at the deep oxides and slips, variously matt and lustrous, one gets a powerful sense of how the most abstract conceptions can really excite the eye.” 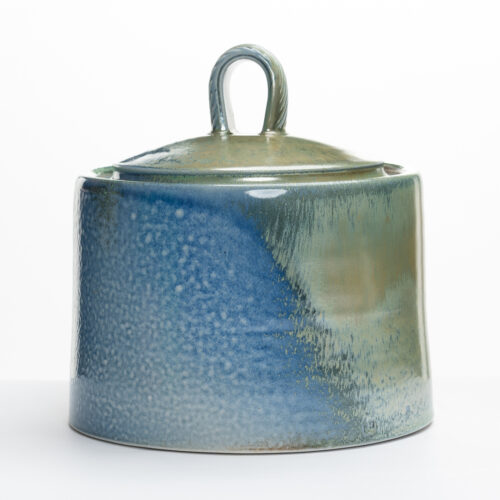 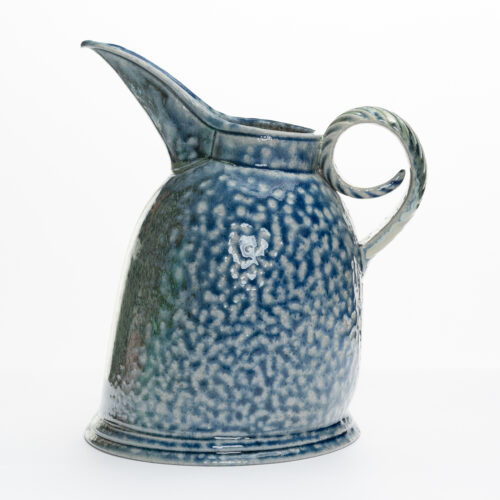 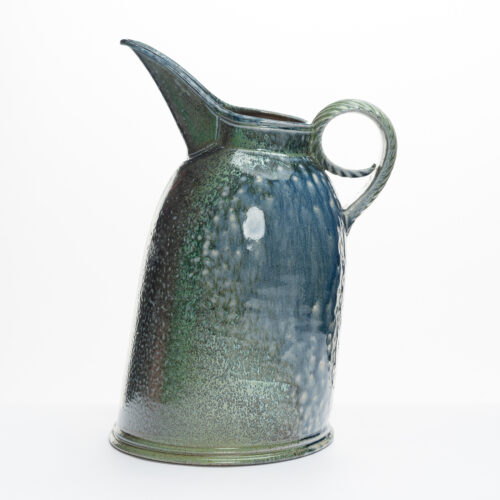 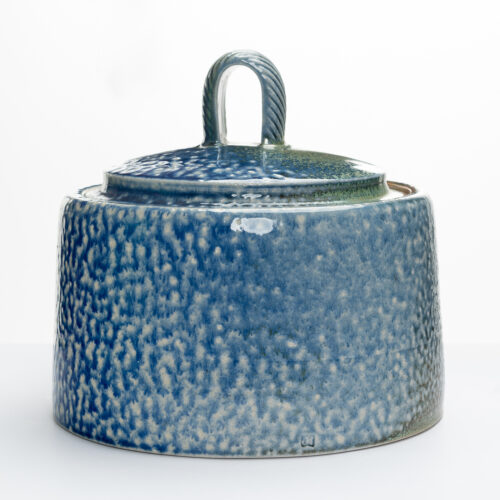 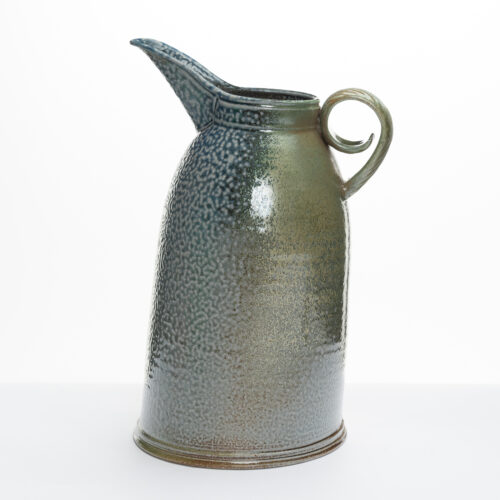 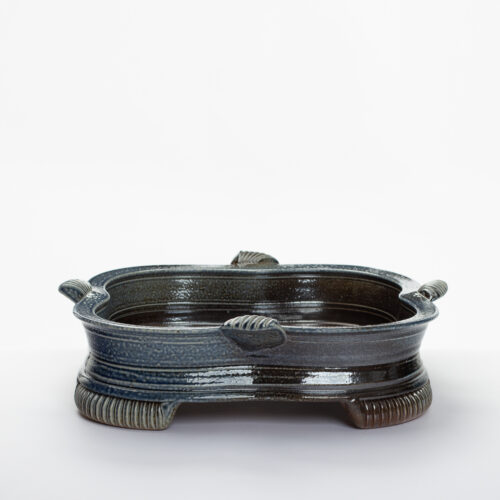 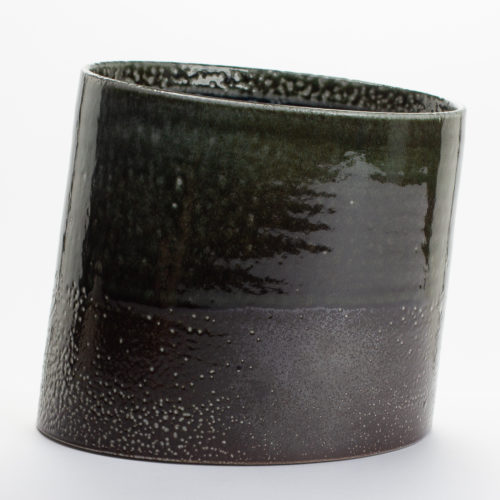 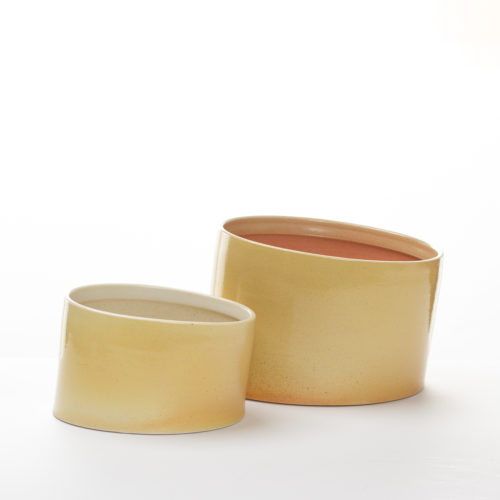 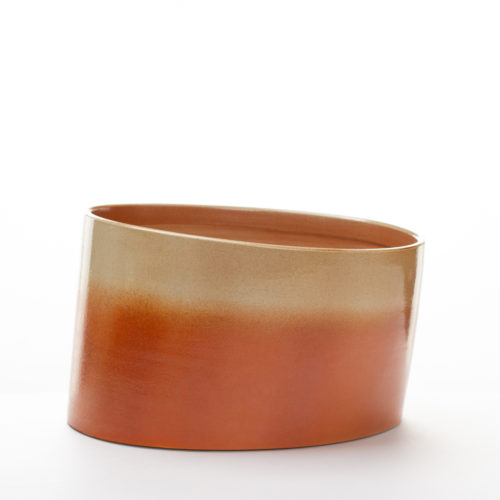 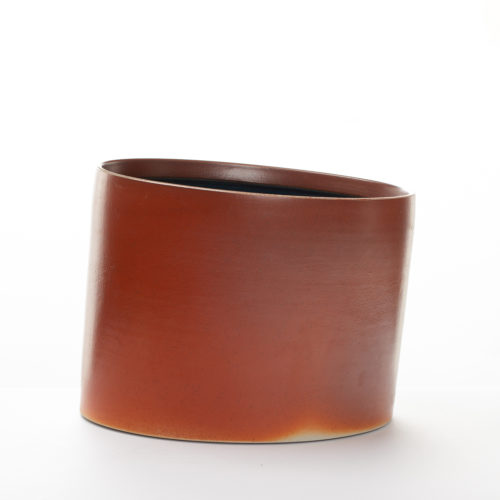 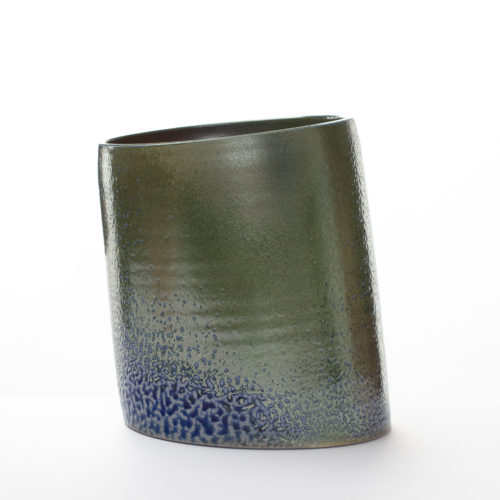 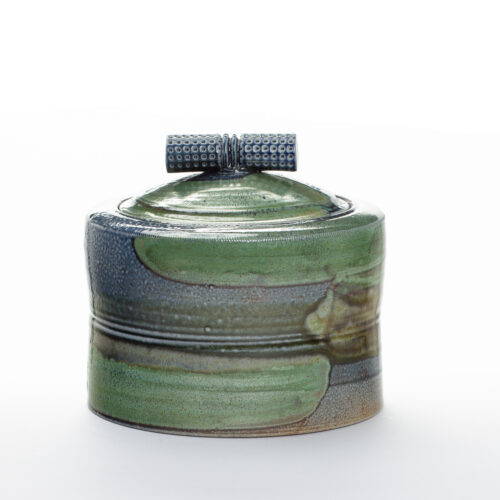