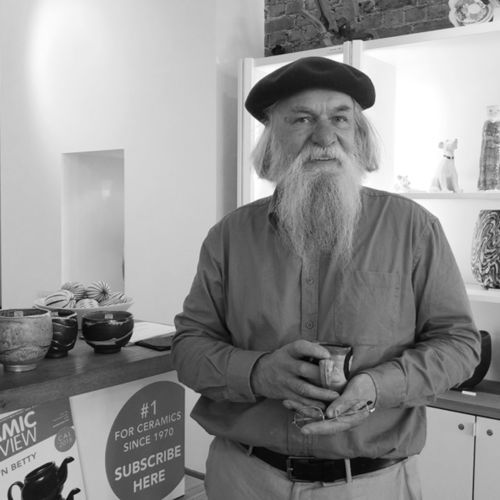 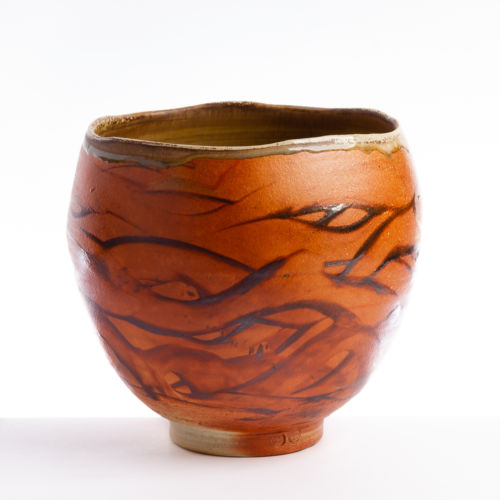 John left art school in 1970 and dug trenches for gas pipes for a living. Later, through his college friend’s brother (who was a potter) John worked for David Frith in North Wales. He found the discipline hard, but it has stood him in good stead ever since.

He and Patrick Adamson (the potter brother of his friend), had an obsession for clay and glaze. The two of them worked in Pantasaph, North Wales for eight years making slip-decorated earthenware, galena glazed, wood-fired. There is a strong slipware tradition in North Wales centred around the Buckley potteries.

The first wood kiln that they built in 1971 was a little kiln for Raku. The design of the kiln – scaled up – is the same as the stoneware kilns that John has built since. From the start, wood-firing with its gift of transformation and unpredictability has gripped him. John believes it has a spiritual – elemental – quality that is wonderfully exciting, spiced with danger and discovery.

He has continued to wood fire since moving back to his home in Scotland in 1983, following the well-worn path through ash glazes and soda firing and continues to search after universality rather than individuality.