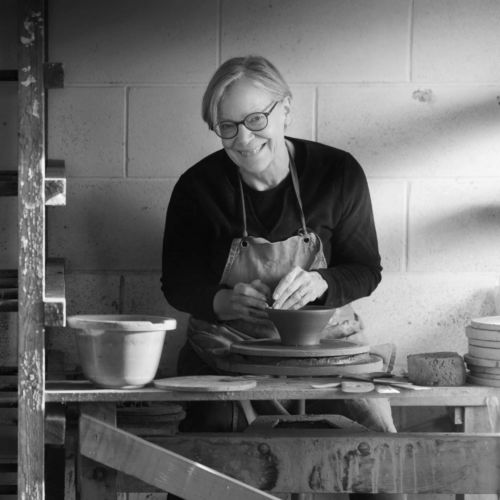 Josie Walter became passionate about clay in 1976 when she enrolled on the Studio Ceramics course at Chesterfield College of Art. After three years of throwing, building kilns, visiting potters and generally being immersed in pottery, she opened a workshop in Matlock with a fellow student John Gibson from Chesterfield College.

Originally studying anthropology at University College, London, before going to Leicester University where she trained to be a secondary school teacher, Josie taught for four years in schools in Leicestershire and Nottinghamshire, before she began working with clay.

Soon after opening her first workshop she began looking for further experience in production throwing and running a business. Applying for a job advertised in Ceramic Review magazine, she began working for Suzie and Nigel Atkins at the Poterie du Don in the Auvergne, France. Josie worked at Le Don as an apprentice for 6 months in 1980 making salt glazed domestic ware, then returned to the workshop in Matlock where she made once fired earthenware pottery.

In 1996 Josie went back to college part time to study for an MA in History of Ceramics at Staffordshire University, which has given her new opportunities in writing about history as well as curating exhibitions of historical pots, such as Brampton kitchenware.

When the lease ran out on the Matlock workshop, John and his family moved to the island of Bornholm in Denmark, while Josie relocated to a workshop three miles up the road in Cromford, where she made pots for the next 10 years. Now Josie is happily installed in a workshop that she had built in the garden at home. 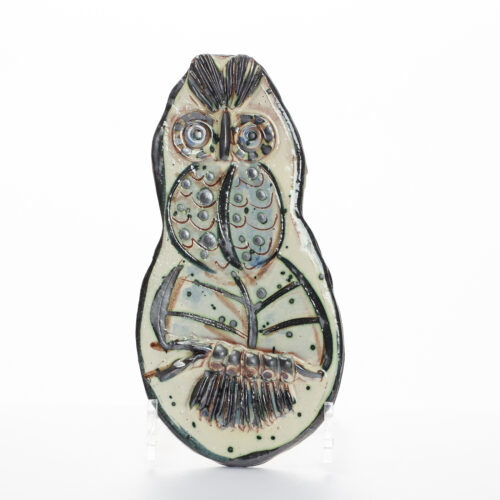