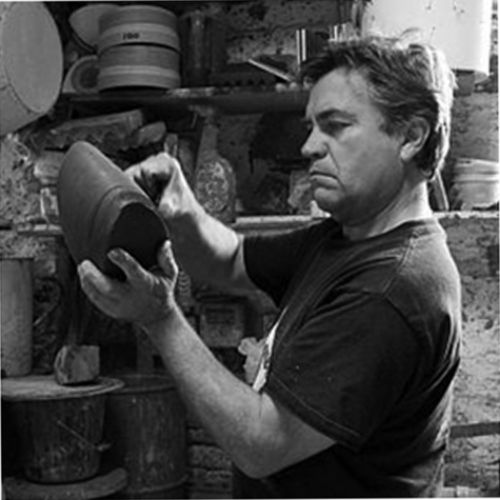 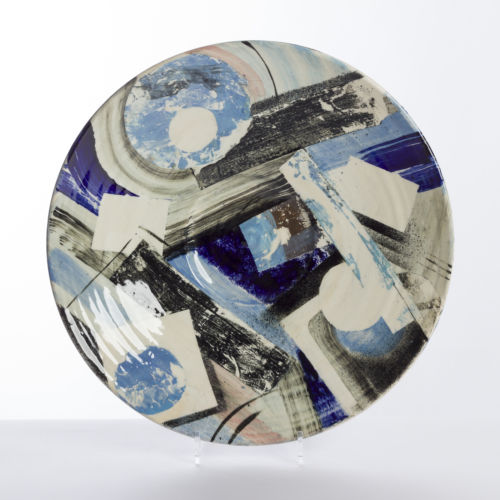 Paul studied studio ceramics under renowned ceramic sculptor, Mo Jupp at Harrow School of Art, graduating in 1977. Following a short period teaching in London, he relocated to Cornwall, where he established his pottery in 1979. He moved to his present home at Helland Bridge, where he works in a studio converted from an old chapel, in 1989.

Paul has developed various ranges of highly decorated ware. More recently, Paul has been influenced by Russian and Islamic art forms and this process can be seen in the painterly abstraction on some of his decorative motifs. The driving force behind all Paul’s work is energy which expresses his Cornish surroundings with their strong sense of colour and style. Paul uses white earthenware to construct his energetic and sinuous forms. The clay allows for the dynamic shaping of the pieces which form the vessels. They go on to be given diverse and colourful decoration.

Paul has exhibited regularly and widely in both the UK and the US, and his work can be found in many major galleries. 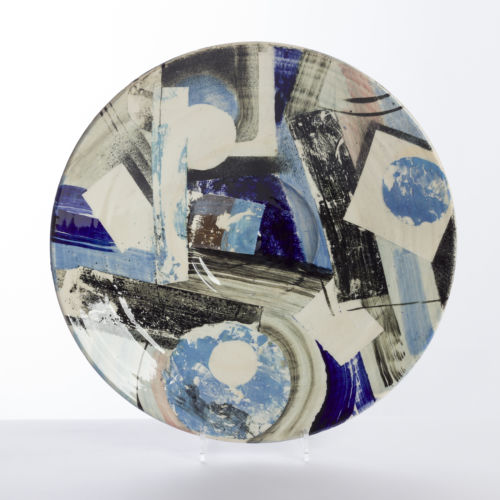