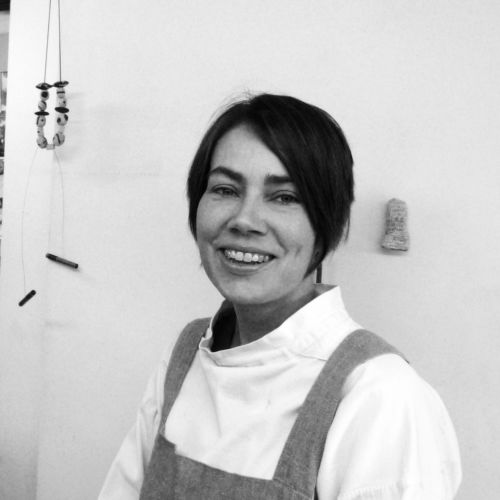 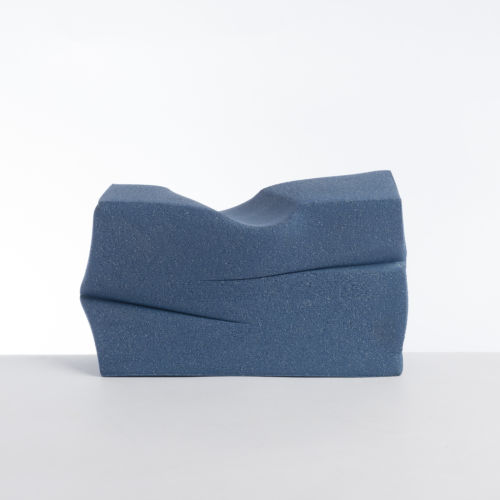 Rachel Grimshaw’s sculptural ceramics are about the clay itself. Focusing on its pliable, immediate, qualities, Rachel likens her pieces to photographs capturing a ‘frozen moment’ in time, her pieces are fixed in a forever gesture once fired.

Born in 1967, Rachel’s ceramics studio is based in her home town of Wigan in the North of England. She attended St Helens School of Art followed by Manchester Polytechnic (3-dimensional design course, specialising in interior design), graduating with a BA Hons, 1st Class in 1990. She has practiced as an Interior Designer within an architectural practice since 1990. In 2009 she gained a Distinction in her MA in Ceramics (tutor David Binns) at the University of Central Lancashire, Preston. Exhibitions featuring her work have been held widely in the UK including at Galerie Besson, London, The Bluecoat Display Centre, Liverpool, The Yorkshire Sculpture Park and Contemporary Ceramics, London.

Her work has been exhibited across the UK at well-known venues such as Galerie Besson, London and Yorkshire sculpture park, as well as being shown internationally, including in countries such as Australia, Spain, Hungary, Romania, Latvia and Japan. Rachel gained a ‘Honourable Mention’ at MINO in 2014 and was awarded ‘The Land of Pottery’ 2nd prize at the Mallorcan Ceramics Biennale.

Rachel works in both Parian porcelain and, separately, in heavily grogged stoneware. She enjoys subverting the historic connotations of delicacy and fragility by working with solid forms and notes that the way light interacts with her pieces is an important factor in the presentation of the work. The clay body of each piece is coloured when wet using a range of body stains and oxides before firing over several days in an electric kiln.

“In pushing the material to its limits my wish is to explore three dimensional shapes while retaining a real sense of the qualities of clay.” – Rachel Grimshaw