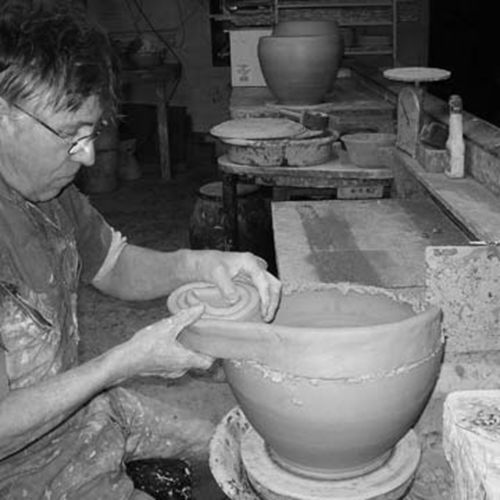 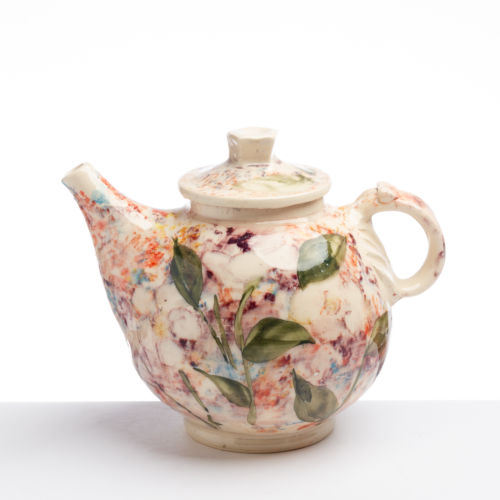 Rob was born in Doncaster in 1945. He first became interested in pottery and art whilst at school, going on to further education at Leeds College of Art. Robert then studied sculpture at Cardiff College graduating in 1968, before finishing his education with an Art Teacher Training Course at Hornsey College. Rob returned to the pottery he had enjoyed while at school and the decision to become a potter was a flash of inspiration which he has never regretted. Since making this decision in 1970, he has made countless pots, set up workshops and taught ceramics.

Rob has had extensive experience working and teaching in the UK and abroad, including  a year in Canada and six years in France, during which time he built his own makeshift kiln and stick-wheel out of car parts, a tractor tyre and concrete – a design used by early potters.  1981 saw his return to the UK and since 1991, Rob has been creating from a workshop in a converted Methodist chapel in East Northamptonshire where he makes thrown earthenware pieces colourfully decorated with a variety of images.

Rob is a Selected member of the Craft Potters Association.