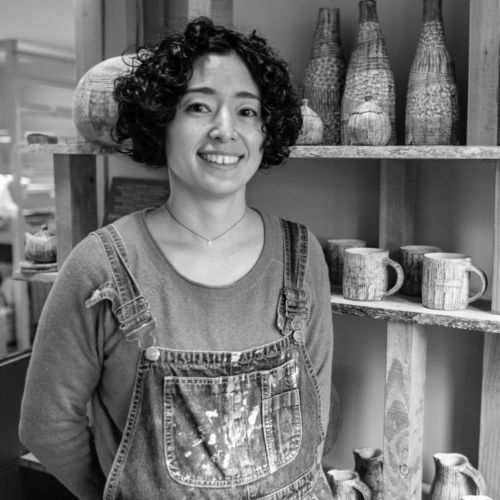 Yo Thom is a Japanese potter based in North Dorset. Her journey as a potter began when working for Lisa Hammond MBE in 1998 whilst studying ceramics in Kent. She trained as a functional thrower at Maze Hill Pottery, Greenwich, then set up her own studio in 2004 producing work in celadon and shino semi-porcelain. Yo relocated her pottery to North Dorset in 2009.

Her current work is developed from a unique synthesis of inspirations from Japanese folk indigo textiles, and the beautiful surroundings of rural Dorset. Japanese traditional patchwork is called “Boro” and this combined with creating patterns inspired by abstract landscapes informs the decoration on her work. Yo uses stoneware clay and her work is formed using various techniques – thrown, slabbed, coiled, and pinched. Her distinctive slate-like surface is created by sgraffito techniques on an indigo slip and covered with a white glaze.

“In this technologically advanced society, I appreciate the true beauty made by human hands and its originality now more than ever. I work with a very simple and rather primitive technique to form and mark my work, which hopefully echoes the ethos of traditional folk arts” Yo Thom 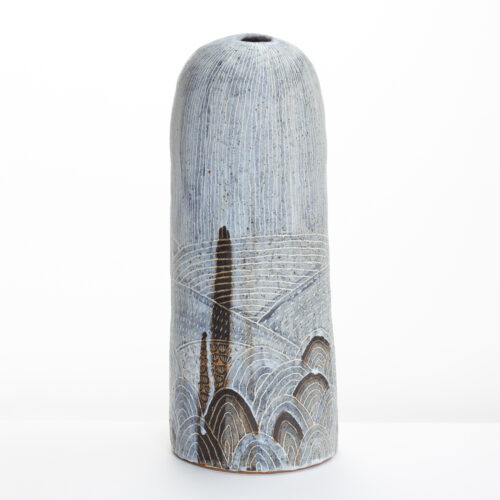 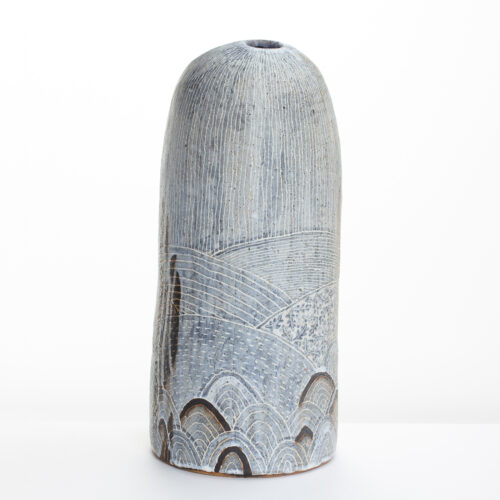 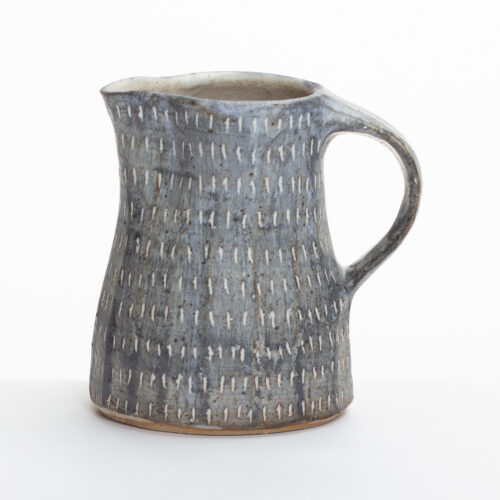 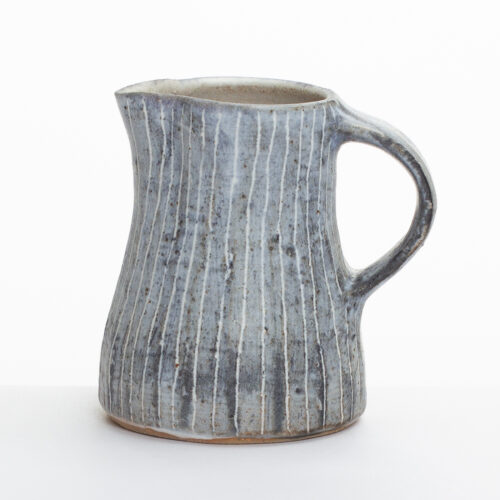 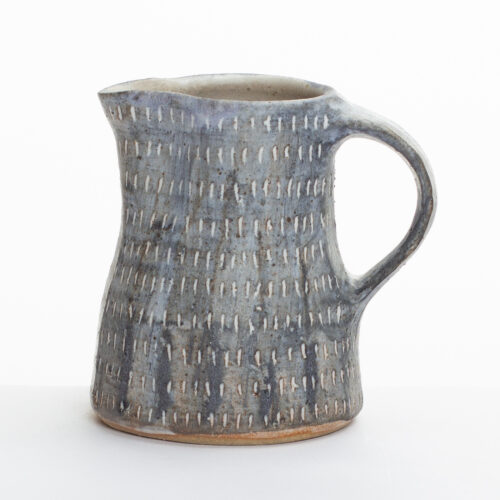 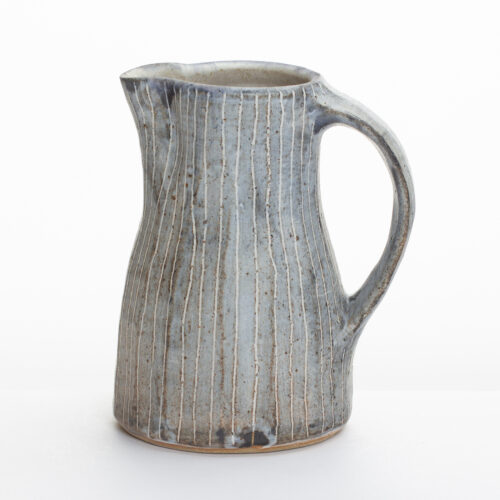 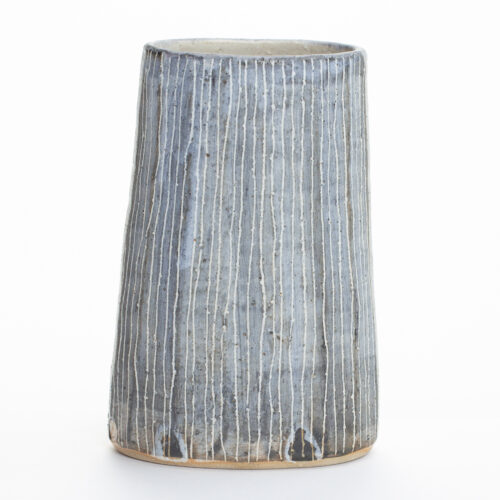 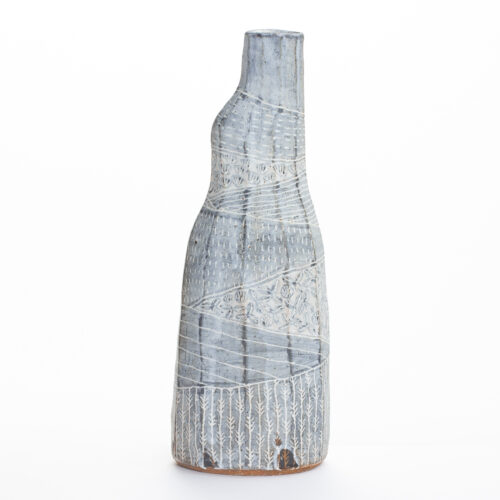 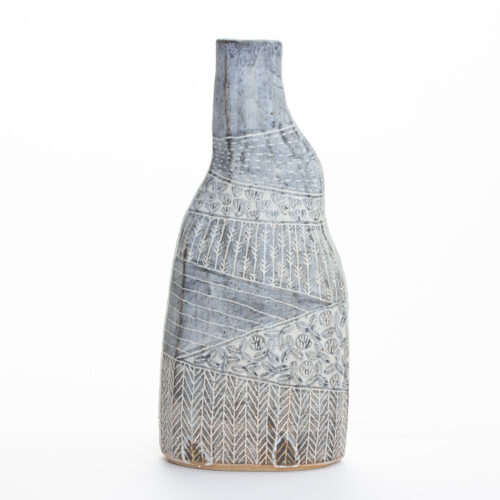 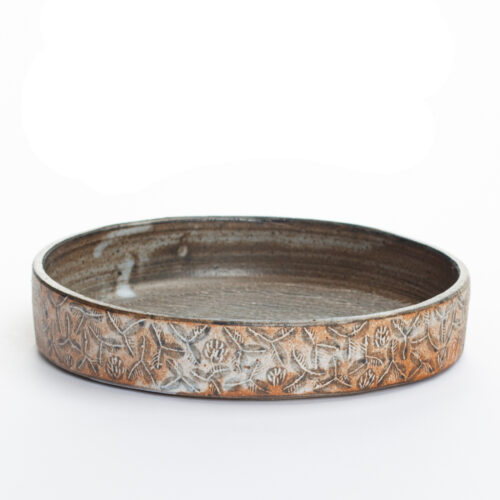 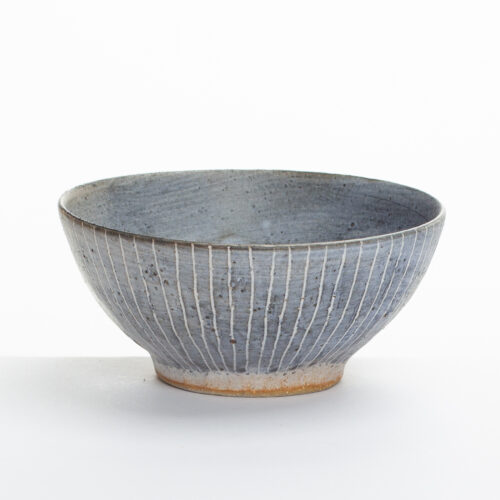 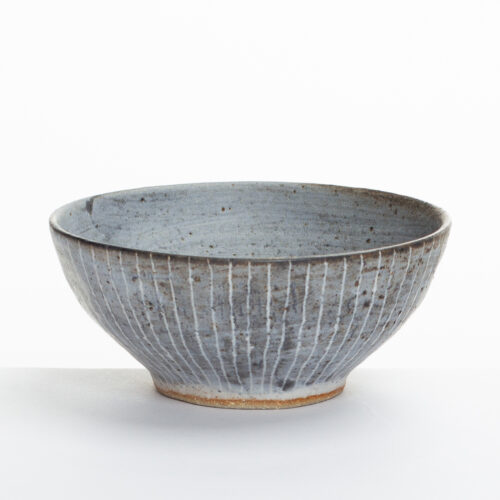 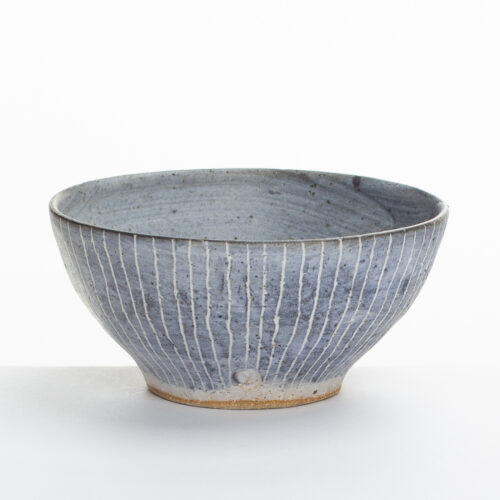 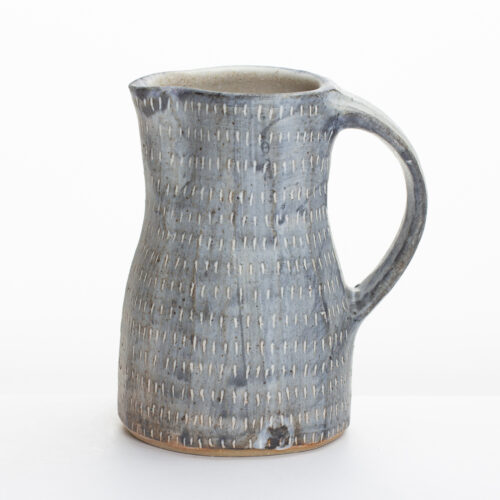