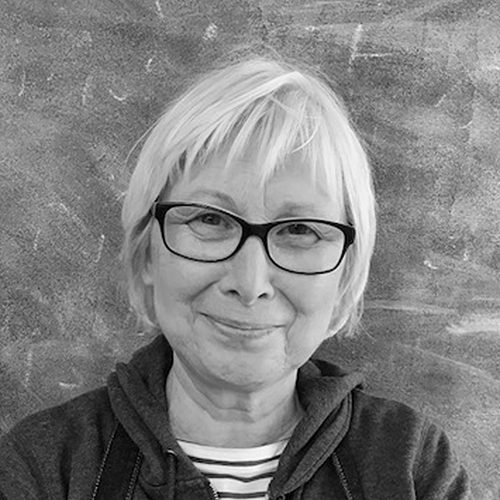 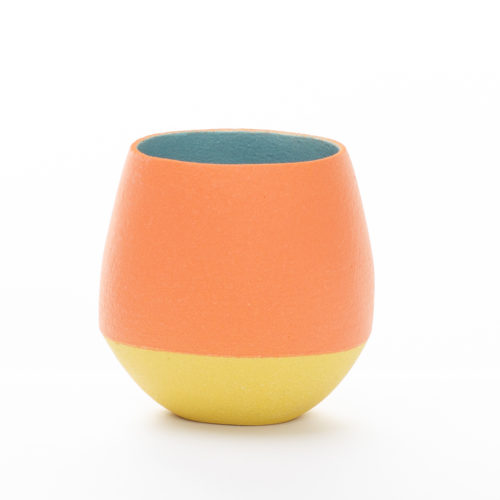 Maria’s early creative training and work was in graphic design at a time when the industry was changing from drawing boards to computers. As her work became more computer based she realised she missed using her hands and making things, that realisation led to ceramics, initially experimenting in a shed in her garden, but later to an MA in ceramic design at Bath Spa University. Since graduating, she has exhibited nationally and internationally and now works from her studio in Frome.

Inspired by mid-century design and the minimal aesthetics of artists such as Donald Judd and Richard Serra she employs both hand-building and slip casting techniques to create her forms, balancing line, colour, and form to explore themes around connections and relationships, boundaries and divisions, and difference and likeness.

Her work as a graphic designer is a major influence.  Her ceramic surfaces are matt areas of saturated colour and are inspired by the qualities of the papers she used to specify to printers. The qualities of material, techniques and even some tools have come with her into working in clay. The precision she learned when creating artwork on a drawing board combined with the organic nature of clay is the basis of the way she works in clay today. 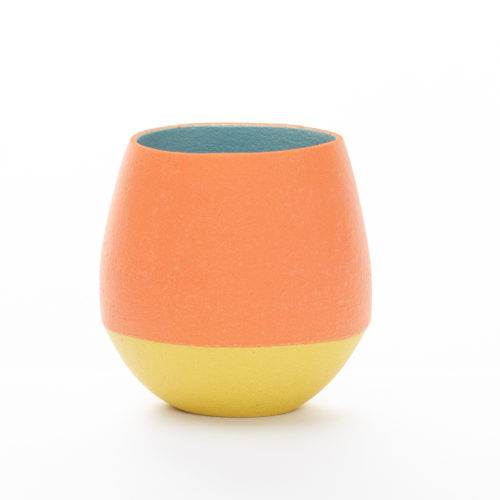 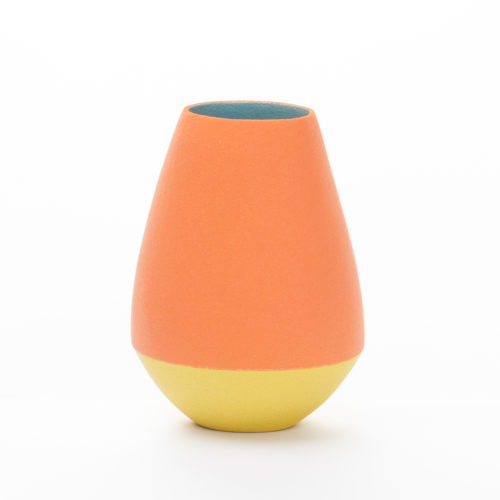 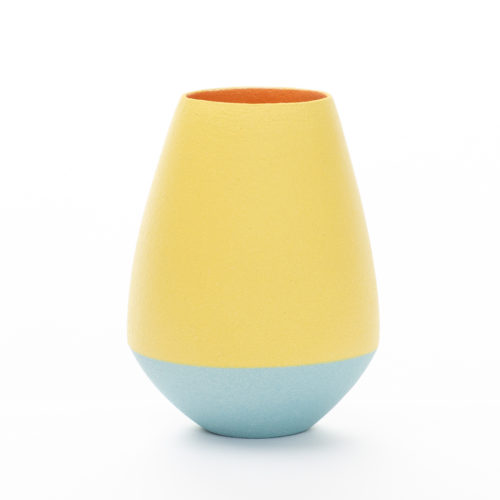