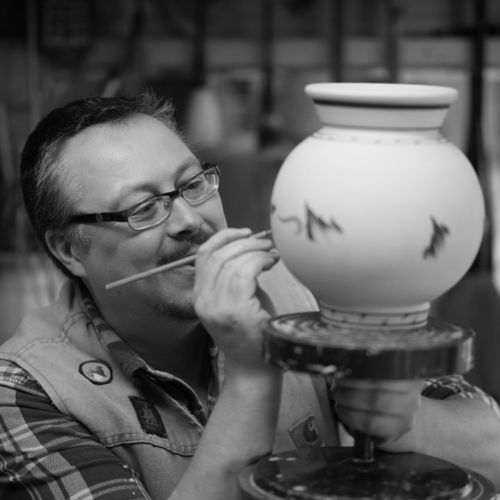 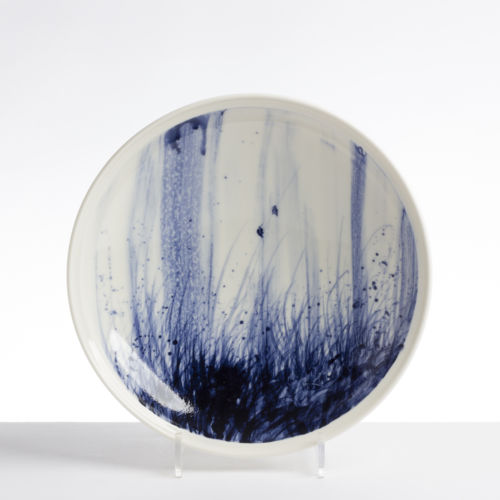 Richard grew up in Stoke-on-Trent, a city with a long history of ceramics. Richard graduated from Manchester Metropolitan University in 1996 with a BA(Hons) in Ceramics and Design, focusing on reduction firing and oriental ceramics. He set up his first pottery in south London, specialising in blue and white porcelain.

He now also works in stoneware and is known for making one-off drinking vessels decorated with fluid brushwork. His designs are inspired by the British landscape – they represent many years of trying to achieve a way of making that creates an affinity with the landscape and a sense of place. Harnessing the full elemental palette of the potter – working with water, earth, fire, wood, salt, metal and stone – he fires electric, gas and wood kilns.

Richard has an international reputation for his blue and white porcelain, thrown on a momentum wheel. He repeats designs to achieve a spontaneous simplicity that matches the thrown clay. His work is influenced by a deep appreciation of Korean 16th century ware from the Chosôn dynasty. His recent work is wood fired shino glazed porcelain and stoneware, designed to be complementary to the blue and white work. 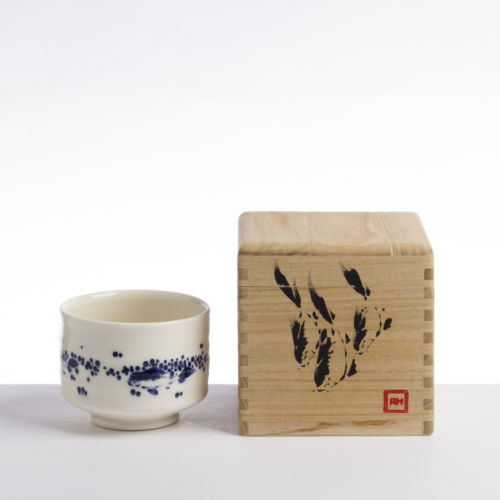 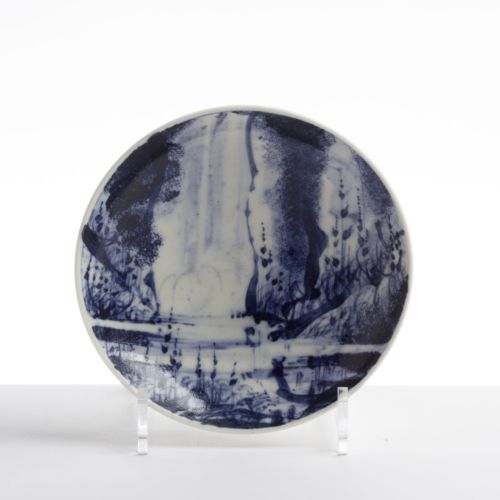