This stoneware vase is hand-built with subtle faceting. Its slate-like surface is created by sgraffito on an indigo slip which is then enveloped in a white glaze. Yo’s work is inspired by Japanese folk indigo textiles, and the beautiful surroundings of rural Dorset.

Yo Thom is a Japanese potter based in North Dorset. Her journey as a potter began when working for Lisa Hammond MBE in 1998 whilst studying ceramics in Kent. She trained as a functional thrower at Maze Hill Pottery, Greenwich, then set up her own studio in 2004. Yo relocated her pottery to North Dorset in 2009. 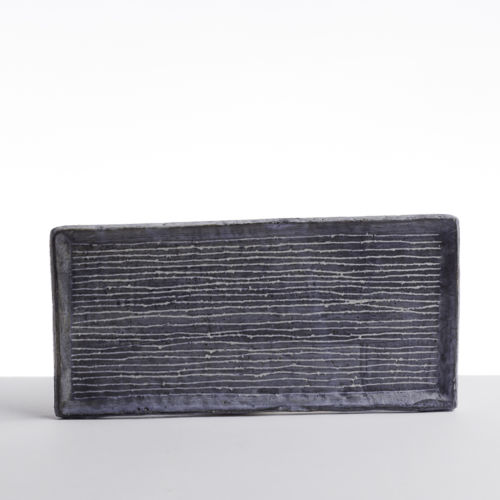 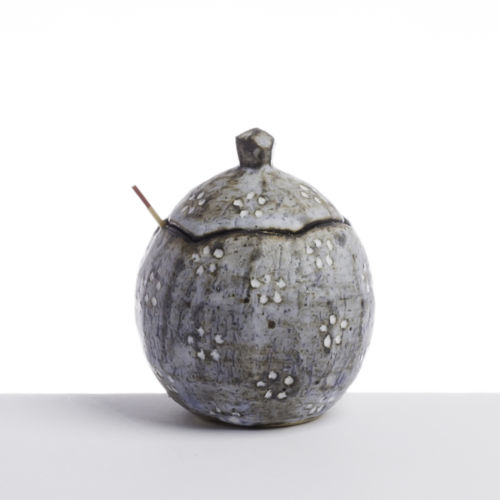 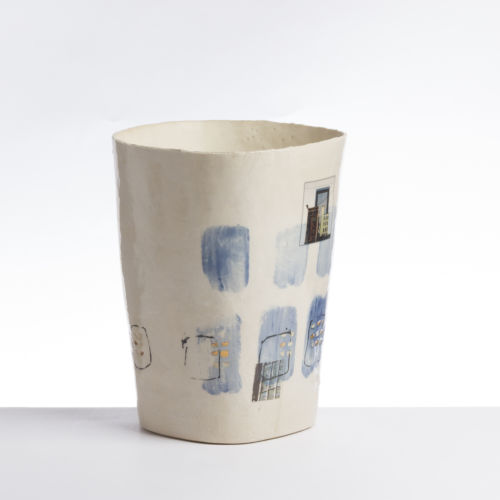 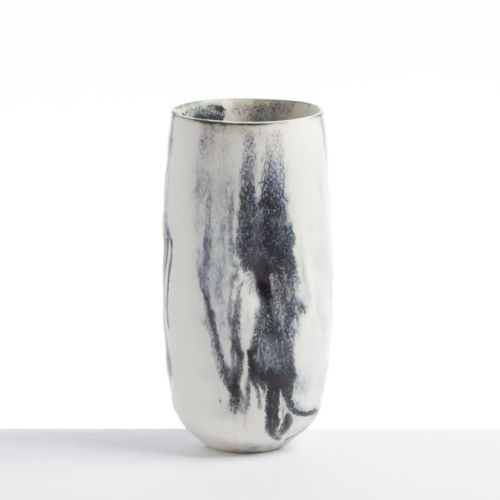 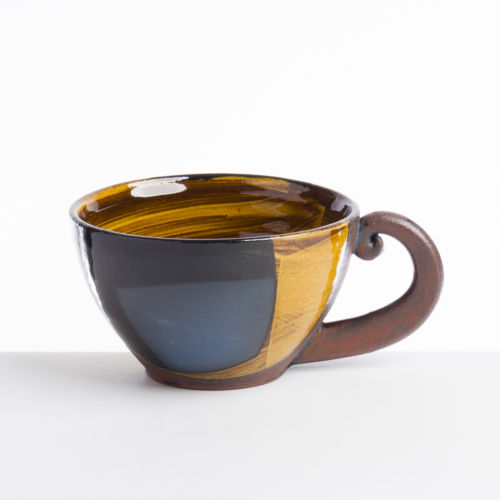 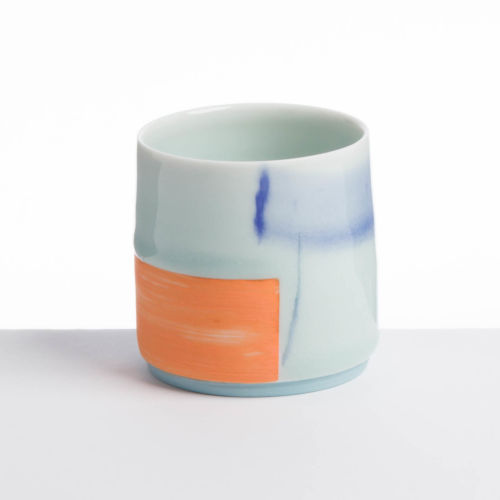 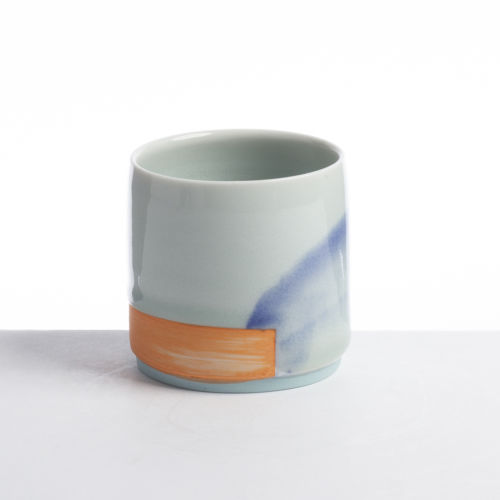 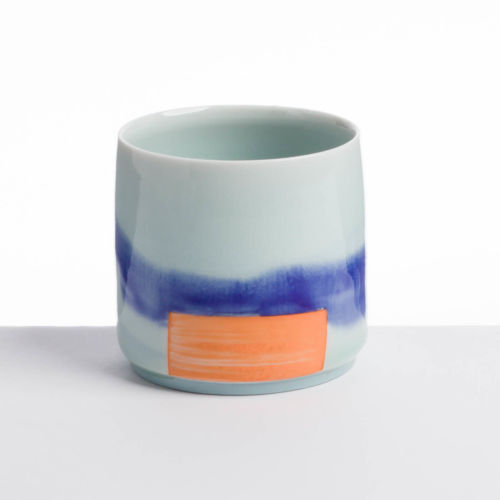